THE Zanu PF politburo on Wednesday appeared to be unmoved by the fast-spreading coronavirus and, instead, resolved to embark on a massive voter mobilisation programme to enhance its chances of a resounding victory in the 2023 elections. 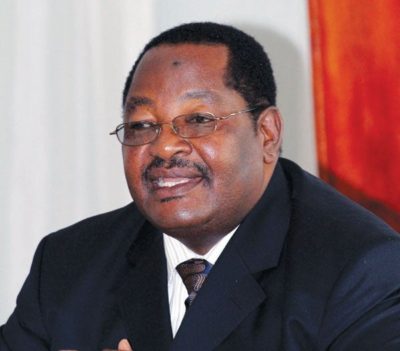 On Wednesday, politburo members met at the party headquarters in Harare, where all members in attendance were screened for coronavirus, but did not take time to include the issue in their deliberations.

Party secretary for administration, Obert Mpofu reported that Zanu PF had fared well in rural by-elections, but badly in the urban centres, hence the need to devise a strategy to win all contested seats in 2023.

He said the party was mobilising for more than five million votes and the matter was discussed at length during the politburo meeting.

“The party will continue to mobilise aggressively as part of the five million membership campaign towards the 2023 harmonised elections. Politburo took note of the real issues which impact on our urban footprint and these will be taken into account for future campaigns,” Mpofu said, adding the meeting also discussed strategies to win in urban areas which are dominated by the opposition MDC.

During last year’s conference in Goromonzi, the ruling party expressed fear of losing votes to the opposition, saying the prevailing economic conditions were making it difficult for elected officials to interact with their constituencies as they had nothing progressive to report on.

According to the security and commissariat departments’ reports, the elected officials were now avoiding their constituencies after the dramatic failure by the new administration to deliver on its electoral promises, which include jobs, improvement in the provision of healthcare, electricity, fuel and cash shortages, among other essentials.

Mpofu said the politburo also discussed issues to do with youth indiscipline in the party and that the party’s secretary for security, Lovemore Matuke, had been tasked to investigate the cause of indiscipline among party youths.

This followed the expulsion of former youth commissar Godfrey Tsenengamu, while deputy youth secretary Lewis Matutu was ordered to undergo political re-orientation at the party’s Chitepo School of Ideology after they breached protocol by naming corrupt businessmen connected to the ruling party’s elite.