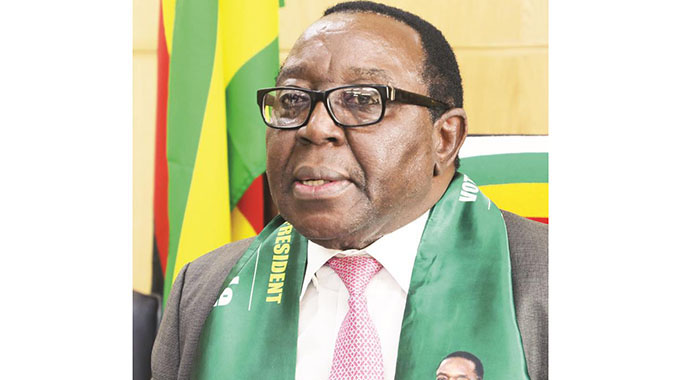 Wallace Ruzvidzo Herald Reporter
The ruling party, Zanu-PF, is set to embark on a massive anti-sanctions drive campaign ahead of the Sadc Day for Solidarity against Sanctions on Zimbabwe slated for October 25.

The development was revealed by the party’s secretary for information and publicity Cde Simon Khaya Moyo at a press briefing on Wednesday.

For over two decades, sanctions imposed on Zimbabwe have caused untold suffering on ordinary citizens.
Cde Khaya Moyo said former liberation movements across the region had commenced activities in their respective countries to lobby for the removal of the illegal embargo.

“His Excellency’s remarks at the Politburo session stated that as per the 39th summit of Sadc Heads of State and Governments resolution which decided that the 25th of October be the anti-sanctions day for Zimbabwe, the party will embark on a build-up campaign towards this apex day,” he said.
“Across the region, FLMs and their governments have earnestly commenced in lobbying for the removal of sanctions.”

At its 39th Heads of State and Government Summit in Tanzania last month, Sadc adopted October 25 as the day of solidarity against the illegal sanctions imposed on Zimbabwe that have been in existence for close to two decades.

Sadc member states are expected to collectively voice their disapproval of the illegal embargo through various activities and platforms until the sanctions are lifted.