Fresh fissures have emerged within the Mashonaland East Zanu PF women’s league after a pocket of party members met recently and defied the politburo’s decision to reinstate Nyarai Tsvuura as the provincial women’s boss. 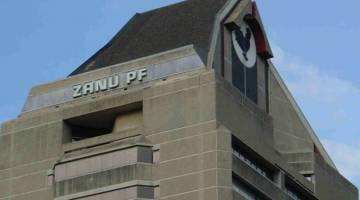 Tsvuura, a Zanu PF stalwart in Mutoko, was last year suspended from her influential position on trumped up charges after falling out with the women’s league bosses.

The fired leader was replaced by war veteran, Lyn Gogoro and was relegated to a lesser influential position pending disciplinary action. Tsvuura was, however, recently reinstated as the provincial women’s league boss by the politburo after she was cleared of the accusations among them, “gossiping” against leaders in the province.

NewsDay is reliably informed that some women’s league members led by Gororo met in Marondera last week where they launched a fresh attack on Tsvuura and vowed to block her reinstatement as ordered by the politburo.

“The party reinstated Tsvuura as the women’s league boss, but a pocket of women are against the decision made by the highest office in the party,” said a women’s league party official who refused to be named.

“They are against the reinstatement of Tsvuura despite having been cleared of all the allegations by the politburo. Some party members are against the latest move as it is not the time for factional fights.”

Provincial women’s league secretary for administration Sphiwe Mukunyaidze, who was away in Bulawayo on Parliament business when the meeting against Tsvuura was held, said there was no way any party member could go against the decision made by the politburo.

According to a letter by provincial chairperson Joel Biggie Matiza dated June 16 and addressed to Mukunyaidze seen by this paper, the women’s league was ordered to embrace the politburo’s decision.

“Please find attached a self-explanatory letter from the national secretary concerning the above. You are advised to abide by the politburo resolution,” the letter read.
Tsvuura, who is also a Mutoko legislator (PR), confirmed that she had received her confirmation letter and had resumed her duties as the provincial women’s league chair.