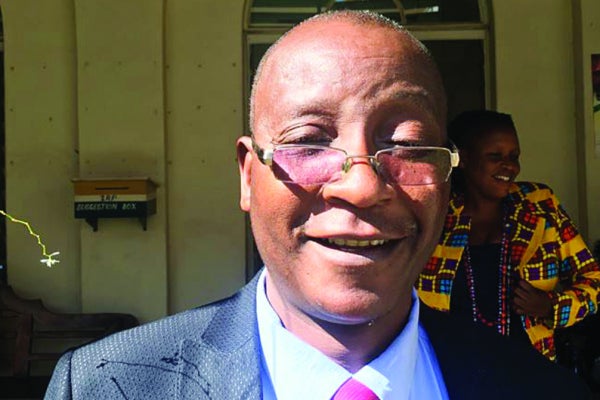 TREASURY has approved the disbursement of $12 million to be shared between Zanu PF and the opposition MDC Alliance under the Political Parties Finance Act, but the two parties yesterday said the money was not enough for their needs.

In a Government Gazette published yesterday, Justice minister Ziyambi Ziyambi announced that Zanu PF, as the party with the majority in Parliament and 70% of the total votes cast in the 2018 elections, will pocket $8 million while Nelson Chamisa’s MDC Alliance is set to get $4 million, having garnered 29,97 % of the total votes cast.

“It is hereby notified in terms of the Political Parties and Finance Act that the total amount of money payable to political parties in respect of the year beginning January 1, 2019 and ending December 31, 2019 is $12 million,” the Government Gazette read in part.

Under the Political Parties Finance Act, political parties with more than 5% of the total votes cast can benefit from the fiscus and in this case, it is only Zanu PF and the MDC Alliance who are eligible to benefit.

In 2018, the two parties shared $6 million from the Political Parties Finance Act.

The Thokozani Khupe-led MDC-T and the National Patriotic Front, largely made up of former Zanu PF members, managed to secure a single parliamentary seat each and are ineligible to benefit from the fund.

Zanu PF spokesperson Simon Khaya Moyo said although the money was not enough, it nevertheless would help oil the ruling party’s programmes.

“Well, money will never be enough, but this is what Treasury has given us. We have to work with it. It is an allocation from Treasury and we have to look at the priorities that we have as a party and then allocate the money accordingly,” Moyo said.

“If you are to look at our demands and requirements as a party, it is not enough. But we have to work within the allocation and we shall see how we advance the growth of the party.”
Moyo said the party’s treasury department was better placed to know how to use the money.

“For us as Zanu PF, we would want to see the money being used wisely. This is taxpayers’ money and it must benefit the people. It must be used to advance the cause of the people, not to be channelled towards negative agendas. We appeal that this money must not be abused in whatsoever manner. These are public funds.”

“Obviously, money cannot be enough. If you look at the inflation rate, the money is not enough. It has been eroded already,” Hwende said.

“Remember this money was passed in the last budget so it has lost its value. However, it will go a long way in assisting us in advancing our agenda as a party, which is to grow the party and help our MPs to ensure they are visible. We shall add it to our subscription from members across the country.”

Five years ago, opposition leader Kisinoti Mukwazhi, of the Zimbabwe Development Party, approached the Constitutional Court, seeking an order to force government to fund all political parties that were participating in national elections, but the matter was dismissed.

The Political Parties Finance Act was promulgated in 2002 to curb the foreign funding of local parties.