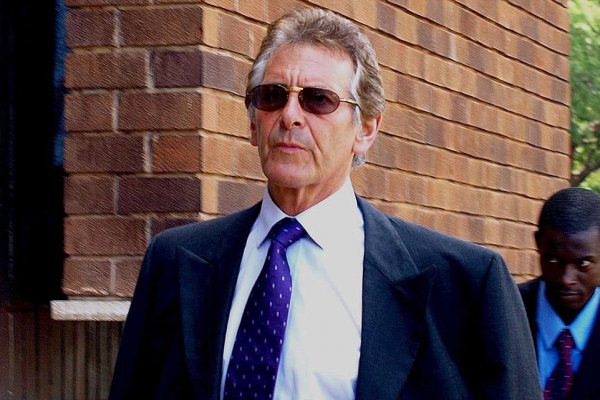 Van Hoogstraten had flown all the way from London to give oral evidence before the Temba Mliswa-chaired committee following the committee’s invitation – but before he said anything, Zanu PF MPs disrupted him saying he will never give oral evidence on the HCCL issue.

“We cannot deliberate on a case which is before the courts,” interjected Chiredzi North MP Royi Bhilah.

“In my briefing I was very clear that we are not going to focus on the reconstruction of HCCL which is the issue before the courts. As MPs of this committee you are now exposing yourselves to the media and the world because of the manner in which you are behaving,” Mliswa said.

MDC Alliance legislator Settlement Chikwinya added: “It is unfortunate that it seems a party caucus has been arrived at to the extent that MPs from one political party have decided to disrupt a process that is going on, and it is unfortunate that Zanu PF chooses to be disruptive.”

As the noise ensued, Van Hoogstraten then remarked: “Is there no procedure here that people that are disrupting proceedings in Parliament must be removed? You should have respect for this Parliament.”

The Zanu PF legislators continued to refuse to let Van Hoogstraten speak, saying that Mliswa was a dictator, adding that the Counsel to Parliament Gladys Pise had advised that the businessman cannot give oral evidence on the reconstruction order of HCCL because the matter was sub judice. But Mliswa insisted that his evidence was on other issues of Hwange that had nothing to do with it being placed under reconstruction.

Accusations were also raised that Mliswa and those MPs disrupting the committee proceedings had been paid by interested parties in the HCCL matter to disrupt Van Hoogstraten.

Clerk of Parliament Kennedy Chokuda had to be called in to diffuse the noise. After Chokuda’s discussions with the committee, Mliswa then briefed Van Hoogstraten and journalists apologising for the rumpus, and he indicated that he was considering stepping down as chairperson of the committee.

“We want to profusely apologise for the delay and inconvenience, and let me say that the process of Parliament must equally respect the courts. It is not a secret that the matter is before the courts and it is only prudent that we allow the courts to decide.

“As a leader you must take full responsibility for decisions you make, and I think I made a wrong decision and as a result, I will consult further on if I am still fit to be chair of the committee,” Mliswa said.