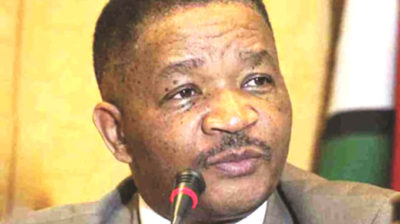 ZANU PF Mashonaland East provincial women’s league vice-chairlady Lyn Gororo is yet to hand over a party vehicle she was ordered to return by Saturday last week following the reinstatement of Nyarai Tsvuura as the league boss a few months ago.

NewsDay is reliably informed that the vehicle was yet to be delivered at the provincial party offices in Marondera.

Zanu PF has demanded that Gororo return the vehicle following a politburo decision to reinstate suspended top officials including Tsvuura.

It is, however, understood that a faction within the women’s league was against Tsvuura’s return, hence Gororo’s reluctance to return the vehicle, a move that has since paralysed party operations in the province.

In a letter addressed to Gororo dated August 19 and signed by provincial chairperson Joel Biggie Matiza, the former was ordered to return the vehicle (registration number AES 8034) by last weekend.

“Please note that you are being requested to return the party vehicle you were using as acting women’s league chairlady for Mashonaland East province no later than Saturday 22 August, 2020 at the provincial offices in Marondera,” read the letter.

Tsvuura, who is also the ruling party’s Mutoko proportional representation legislator, was suspended for allegedly “gossiping” before she was cleared by the politburo and reinstated as the provincial women’s league boss.

Tsvuura was officially confirmed as the chairlady during the last provincial co-ordinating committee meeting held in Marondera, where Matiza told delegates to obey decisions made by the politburo.