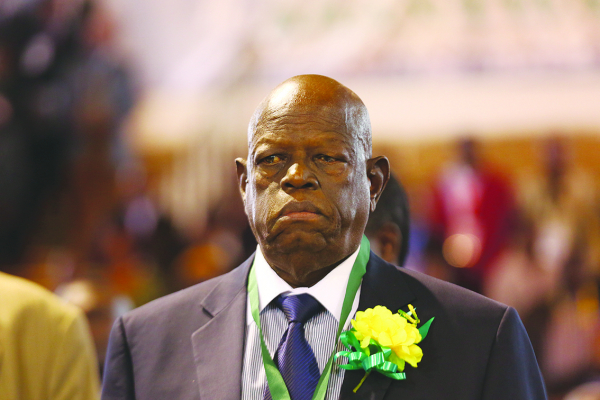 ZANU PF politburo member Tshinga Dube has described the situation in the country as abnormal as  it could not sustain pensioners, hence the old guard’s reluctance to go into retirement.

The late President Robert Mugabe was often criticised for “recycling” the party’s old guard in Cabinet and the party.

The same script reads true under President Emmerson Mnangagwa, where the old guard, in office for years, still holds influential positions in the party and government.

Dube said the old guard should not be blamed for clinging to party and government posts as government pension was not enough to sustain them in retirement.

“You are saying we recycle the old guard, yes because the old guard too needs that power because they need to eat and live well,” Dube told journalists at the Bulawayo Media Centre during an event to commemorate Africa Day.

Dube, who turns 80 in a month, said he would still be in office “because my pension is so small that it will never satisfy my family”.

“So, I am forced to remain working, but in normal countries where things are done properly, you find that you retire when you get to the age of 50-60 because you are sure that you have enough pension that will satisfy you until you die,” he said.

“So, these are the circumstances that force people like us not to completely disappear from the scene because I will starve.”

Mugabe often slept in meetings as he resisted calls to step down over old age.

A number of ministers have also been caught napping on camera while attending international conferences and other State events mostly due to old age.

According to Dube, a former minister of Political Detainees and Restrictees, the Zanu PF old guard will never willingly give up political power to the youth.

“You say we are depriving young people of getting into influential positions. Let me tell you one thing, power is not given. It is taken. You can never be given power on a silver platter no matter what,” he said.

“That’s why even now when we had to take this power we have, we had to fight. Many people died. Some had to be in prison for a long time. So young people like yourself, if you believe that you must be given power, you are wrong, you must work for it.”