ZANU PF leaders in Mazowe on Saturday confronted the Zimbabwe Republic Police (ZRP) Support Unit over some rogue officers who were illegally mining and issuing travel passes to residents staying at Jumbo Mine while the blitz against illegal gold miners is still ongoing. 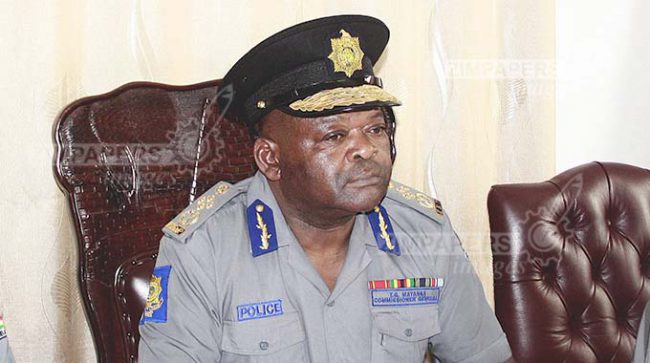 Dube had a three-hour closed-door meeting with the ruling party team, explaining to them the objectives of the operation.

“As Zanu PF leadership, we are worried about your rogue police officers who are illegally mining in the name of your operation and the issue of travel passes is worrisome. What do we need passes for when we have national identity cards?” Chawana questioned Dube.

The top cop said travel passes were a screening measure and rogue officers should be named so they are dealt with.

“The issue of machete gangs has become a national issue which has to be dealt with immediately and harshly, so as the ZRP, we should know who are the residents of Jumbo Mine and we came up with the issue of passes, which is my strategy to screen people and flash out machete gangs as these are people from outside Jumbo,” Dube said.

“On the issue of rogue police officers, I will be the happiest man if you report them like what you are doing now because as you know last week, we managed to arrest five police officers who were illegally mining.

“We do not want bad apples within the system and a lot of bad things are being done in my name. I will tell you that I have a reaction team of over 1 000 officers here, whom I cannot keep a close eye on, but you are there to help me by reporting such cases so that we bring sanity at the mine.”

The Zanu PF leaders also bemoaned the heavy police crackdown, saying they were supposed to give notice of the blitz before descending on them.

“Why did you just pounce on us without notifying us? Instead, you were supposed to notify us in time so that we help you with screening methods because we own these people and we know who is who here,” Chawana charged.

Dube then calmly responded: “It was not possible for us to notify anyone as the situation here was getting out of hand. We wanted to catch anyone involved in the rot unawares regardless of social status, rank or political influence and we did achieve that. So I say to you it was not possible.”

Last week, 77 illegal gold miners, rounded up from Mazowe and Shamva, were jailed to two years each after their case was fast-tracked at the Bindura Magistrates Court.