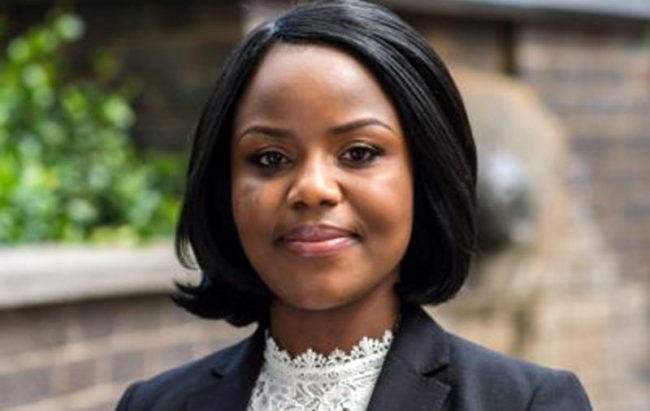 THE MDC Alliance has sensationally accused the ruling Zanu PF party of printing opposition party membership cards and regalia and parading defectors before “rented crowds” as part of a wider plot to annihilate Nelson Chamisa’s outfit ahead of the 2023 elections.

The opposition party raised the allegations shortly after it lost its top executives, among them former deputy treasurer-general Lillian Timveous and senator James Makore to Zanu PF, with the ruling party claiming that over 450 opposition youths in Harare and 200 more in Kwekwe  had also joined its rank and file.

Some of the defectors were paraded before President Emmerson Mnangagwa at State House in Harare and various rallies organised by Zanu PF in other parts of the country.

MDC Alliance spokesperson Fadzayi Mahere yesterday said most of the “so-called defections are a charade” by the ruling party to portray an image of an opposition party facing implosion.

The MDC Alliance spokesperson said opposition supporters would not be swayed by cheap Zanu PF propaganda.

“Those are hired Zanu PF members. They are desperate to paint a false theatrical picture that they are recruiting our members when the reality is that our base is growing exponentially.

“They have even banned elections because they are afraid of our popular support. The people are tired of the bad governance crisis, the broken economy, joblessness and crippled basic services. People want change, not suffering.”

She added that her party was mobilising both urban and rural members to take forward their citizens’ convergence for change campaign which she said has been well-received throughout all provinces.

“We are not shaken. No amount of Zanu PF theatrics will take away the millions who support us,” Mahere said.

But Zanu PF spokesperson Simon Khaya Moyo said his party could not sink that low, describing Mahere’s allegations as hogwash.

“We are not a consultancy for disintegrating political parties. Those running short of oxygen can’t blame Zanu PF. They are also welcome to join the people’s party. We are preoccupied with fighting the COVID-19 and dealing with challenges of the economy,” Khaya Moyo said.

On Friday, Mnangagwa reassigned Zanu PF political commissar Victor Matemadanda after the latter publicly bragged that Zanu PF had designed a well-oiled plan to annihilate the MDC Alliance ahead of the 2023 elections.

He added that the ruling party was anticipating more defections from the opposition camp as election dates drew closer.

This, according to politburo sources, angered Mnangagwa, who accused Matemadanda of exposing party secrets.

Zanu PF has consistently denied involvement in opposition party fights, including allegations of aiding takeover of party finances and offices by a rival faction led by Douglas Mwonzora (MDC-T).

“Those defecting to Zanu PF are better than those who are defecting and remaining in the MDC Alliance. You can’t downplay the defections and I think that is where MDC Alliance is losing the plot. The issue of parading defectors is what Zanu PF is good at. You should understand how Zanu PF does its things. We have gone back to the time of pungwes (overnight political vigils), at the height of the liberation struggle. For one to survive you have to show allegiance to Zanu PF by attending these pungwes,” he said.

“Defections have been happening at the senior level and what will stop them at the grassroots? We don’t know who makes up the MDC Alliance now. What the party should do is to find a quick fix and go down to re-activate the grassroots as the quick fix is not found on Twitter.”

Zanu PF has indicated that the MDC Alliance defectors would undergo political re-orientation drills at the ruling party’s Herbert Chitepo School of Ideology so that they have an appreciation of the national interests, party ideology and value systems.

The defections have reportedly induced panic in the MDC Alliance camp, with party bigwigs deployed to the provinces to take stock of grassroots members.

Chamisa at the weekend indicated that he might also be forced to rename his party after Mwonzora’s MDC-T said it would contest the upcoming by-elections as MDC Alliance, a development likely to further confuse the youthful opposition leader’s supporters and weaken his support base after he lost over 40 MPs and 80 councillors through recalls instigated by the MDC-T and People’s Democratic Party.