THE governing Zanu PF party yesterday recalled Chivi South MP Killer Zivhu from his seat in Parliament, which brings the number of expelled legislators since May this year to around 22 as political parties deal harshly with those opposed to their views. 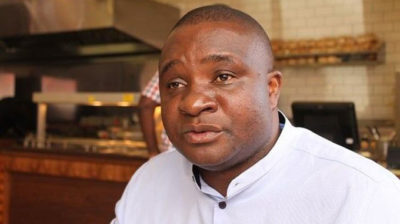 Speaker of the National Assembly Jacob Mudenda yesterday announced Zivhu’s expulsion saying that the party had written to advise him that the Chivi South legislator no longer represented Zanu PF party interests.

“On July 1, 2020 Parliament was notified by Zanu PF party that Killer Zivhu, the MP for Chivi South, has ceased to be a member of Zanu PF and, therefore, no longer represents the interests of the party in Parliament,” Mudenda said.

“Pursuant to the above, I hereby inform the House that a vacancy has arisen in the National Assembly by operation of the law and the necessary administrative measures will be taken to inform the President and the Zimbabwe Electoral Commission of the existence of a vacancy in line with section 39(1) of the Electoral Act Chapter 213 as amended.”

Several MDC Alliance legislators have in the past few weeks been recalled from Parliament by the Thokozani Khupe-led MDC-T which is, however, not the party that seconded them to Parliament.

A total of 13 MPs were recalled from the National Assembly while eight MDC Alliance senators were also recalled.

These recalls will burden the already cash-strapped country with several by-elections.

Meanwhile, MPs that still remain in the House have complained that they have not yet received their service vehicles since they were elected.

Perseverance Zhou (Zanu PF MP) raised the issue with Mudenda stating: “Some MPs including me have not yet received their vehicles and with COVID-19, how do we move around in our constituencies with no cars and no fuel and at times no coupons? May you intervene, Mr Speaker, as we cannot report to our constituencies.”

In response, Mudenda said: “I did engaged the Reserve Bank of Zimbabwe governor John Mangudya to expeditiously put in place foreign currency and ensure there is sufficient fuel for MPs. He assured me that he will put together the necessary foreign currency to ensure MPs get their vehicles.”