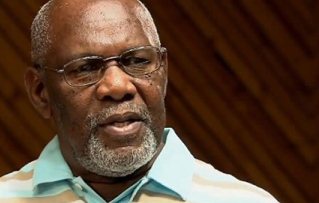 Dabengwa, who was giving a presentation at a two-day Umkhonto we Sizwe conference held in South Africa last week, said Zapu was forced to secretly hide members of Umkhonto we Sizwe (MK) in the country against Zanu’s wishes.

Dabengwa, a former Zipra liberation stalwart who for the past two months had been plagued by illness, took time to reveal what he termed secrets of Zimbabwe and South Africa’s history, particularly on the liberation struggle front.

“Whilst history does record the long standing co-operation between Zapu/Zipra and ANC/MK in the 1960s and 1970s, very little has been said or recorded about how Zapu/Zipra continued its support for Umkhonto we Sizwe after Zimbabwe’s independence in 1980.

“Today I would like to reveal some details of this crucially important period of our common history. Following the emergence of the Mugabe-led Zanu government in April 1980, the situation facing the ANC and Umkhonto we Sizwe in Zimbabwe was very difficult.

“Zanu were openly hostile towards the ANC at that time and they were assisted in their efforts to block ANC/MK presence in Zimbabwe by former Rhodesians and the many South African agents operating in the Zimbabwe security services,” Dabengwa told the gathering.

The former Zipra intelligence supremo further claimed that former president Robert Mugabe frustrated efforts by ANC for political dialogue with Zanu. This was after Mugabe reportedly denied Umkhonto we Sizwe a request to set base in the country at the height of that country’s liberation war.
The Zapu leader revealed that Zapu, through its armed wing Zipra had to take the risk of hiding the MK guerrillas in the country.

“In fact MK guerillas were already inside Zimbabwe concealed within our Zipra forces. When this was discovered by apartheid agents and made known to Zanu, we were instructed by the Zimbabwean government to remove these MK guerrillas.
“We discussed this with MK commanders and agreed that we should comply with this instruction and informed the Zanu leadership of this decision.
“What has remained a closely guarded secret for many years was that we did not remove all the MK guerillas.

“We made a show to Zanu of removing some of them but others were hidden and provided with assistance by Zipra to establish themselves in our own towns and villages. So the first MK presence was established secretly in Zimbabwe with support from Zipra,” Dabengwa said.
Dabengwa also lifted the lid on the arms cache that became one of the reason why a post-independence civil war in Matabeleland broke out.

“Weapons were also secretly cached by Zipra for use by MK. Some of these weapons were later ‘discovered’ by the Zanu government with the direct involvement of apartheid agents and used to mount a treason trial against myself and other senior Zipra commanders, and to provide a pretext for the suppression of Zapu and Zipra and the unleashing of ‘Gukurahundi’.

“During this period, and whilst we of Zapu and Zipra were under direct threat and facing a wave of terror unleashed against us by the Zanu government, we continued to provide support and assistance to Umkhonto we Sizwe and to underground ANC operatives in Zimbabwe,” Dabengwa revealed.

He however, insisted that it was Zapu and Zipra who singlehandedly arranged Umkhonto we Sizwe guerrillas safe houses, safe passage and provided weapons and other facilities to support the armed struggle inside South Africa.

“Of course at the time the ANC was trying to build bridges with Zanu and the role of Zapu and Zipra in supporting Umkhonto operations had to be kept secret. As a result this history has never been told, but today I would like to appeal to our comrades from the ANC and MK to acknowledge this history.”