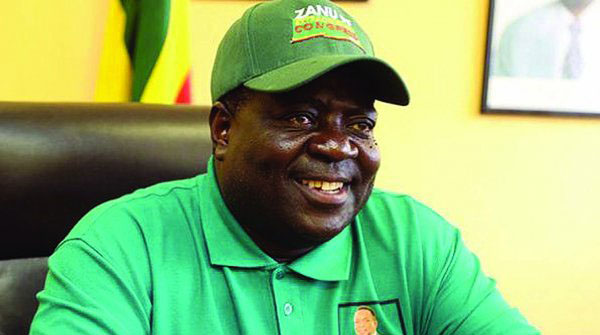 ZANU- PF will take the ongoing provincial restructuring exercise, which saw the revolutionary party dissolving its provincial structures in Bulawayo and Harare, to all provinces, the party’s national political commissar Lieutenant-General Engelbert Rugeje (Retired) has said.

In an interview after touring the venue of President Emmerson Mnangagwa’s planned Meet the People Rally in Chachacha, Shurugwi, yesterday, Lt-Gen Rugeje (Rtd) said restructuring was being done in line with the party’s constitution, which prescribes restructuring of provincial structures after every four years.

He said the revolutionary party started with the two metropolitan provinces and will soon go to other provinces.

“What happens in our party is that our constitution stipulates that every year, we restructure our cells (village structures) and there will be elections. After two years, there is branch restructuring and then after three years, we restructure our districts. In the fourth year, we will then restructure provinces and then the fifth year we have the Central Committee and then we go for a congress.

“However, because we got into the new dispensation there are some things that we failed to do because there were other pressing issues and programmes such as the harmonised elections, our primary elections and the national people’s conference.

‘‘We then failed to conduct our provincial elections due to the tight schedule,” he said.

The governing party, he added, is presently training 10 000 facilitators for the Chitepo School of Ideology, who will be sent to all provinces.

All Zanu-PF members and those aspiring to join the party will have to undergo ideological training, he said.