ZANU PF has secured 67 of the 150 beasts to be slaughtered during the annual conference to be held in Goromonzi next week, where it expects to spend over $5 million to feed at least 7 000 delegates. 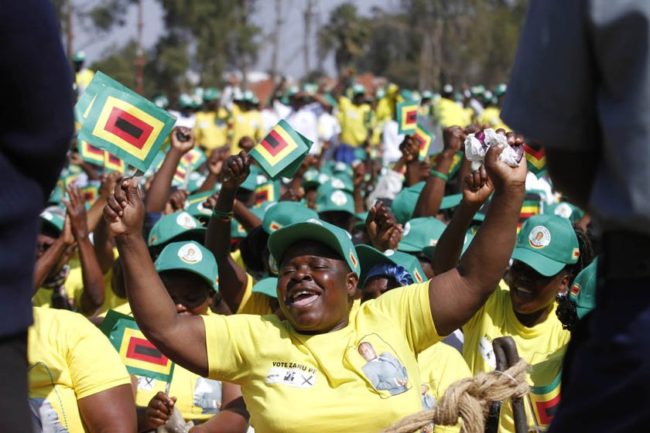 The beasts sourced from party members — among them legislators, provincial members and supporting partners — will be kept at a paddock near the venue, Goromonzi High School.

“After all the pledges, we have started collecting 67 beasts that we are assured of getting. Starting from today (yesterday), the truck is already moving around collecting the cattle to be kept at a paddock near the conference venue. We are happy with the progress so far and we are well on course as far as the preparations are concerned,” he said recently.

The Zanu PF provincial leadership recently said the party wanted to source 400 goats and
5 000 chickens to feed the 7 000 delegates expected to grace the event.

Zanu PF has a penchant for splashing huge amounts of money during its functions, with government departments such as Zesa Holdings, Zimbabwe National Water (Zinwa) and TelOne, among others, chipping in as well.

Currently, the District Development Fund and Zinwa have drilled four boreholes at the venue, while roads have been graded and resurfaced bringing a new look in the district that has poor infrastructure despite its proximity to the capital city.

Roads that link to schools providing accommodation like St Johns High have been worked on, while the one linking to Chinyika Clinic has been rehabilitated.