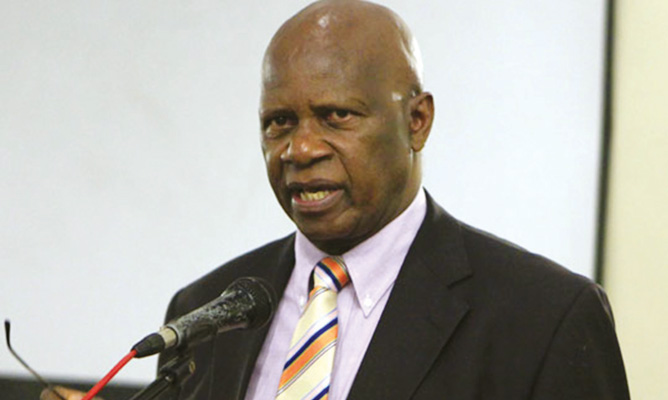 ZANU PF youths in Headlands are reportedly eyeing farms allocated to party bigwigs in the constituency, among them former Finance minister Patrick Chinamasa and former Agriculture minister Joseph Made, which they claim are oversized.

Last Friday, Headlands MP Christopher Chingosho (Zanu PF) invited the constituency’s commercial farmers and A2 farmers for an emergency meeting over the issue.

NewsDay is in possession of the invitation letter whose main agenda was downsizing of farms and the formation of the Headlands development committee.

“All the A2 and commercial farm owners in Headlands constituency are required to attend the meeting in person and on time,” the letter read.

However, sources in Headlands told NewsDay that Chingosho was targeting Chinamasa’s farm as there were reports that the former Finance minister had plans to become MP for the area in 2023.

Chingosho is reportedly unleashing youths on those he believes to be his competitors in the constituency.

“The meeting took place, but Chingosho did not mention Chinamasa and Made by name.  The issue is about underutilised farms owned by the big bosses, which are more than 400 hectares, and youths want some of the land that Made and Chinamasa are failing to utilise,” a source said.

“Both Chinamasa and Made definitely have oversized farms and youths want that land. Chinamasa’s farm in Headlands is called Tsukumai Farm and it is almost 3 000 hectares, while Made’s farm is almost 1 500 hectares (Tara Farm),” the source said.

“The reason Chingosho is also going after Chinamasa is that Chinamasa can’t win Rusape Urban (Makoni Central), so he is also looking for rural Headlands constituency in the next election in order to protect his interests.”

However, a youth in Headlands told NewsDay on condition of anonymity, that they were actually eyeing large tracts of underutilised land in the hands of some party bigwigs.

“We as youths are suffering. We don’t have land, yet some of our big bosses have land which they are failing to fully utilise,” the youth said.

Chingosho confirmed the meeting, adding that in their recommendations, there was the issue of giving land to the youths.

“We had a meeting on Friday and we recommended giving our youths land and other groups of people after the downsizing of the farms, which was another recommendation we did. The issue of downsizing is a government policy and the issue has been addressed in Parliament,” he said.

“But here in Headlands, I believe the youths are the most affected when it comes to getting land.”

Chingosho, however, refuted the allegations that the downsizing of farms was targeting Chinamasa and Made.

“No, they are not being targeted. We are just following what the government said we should do,” he said