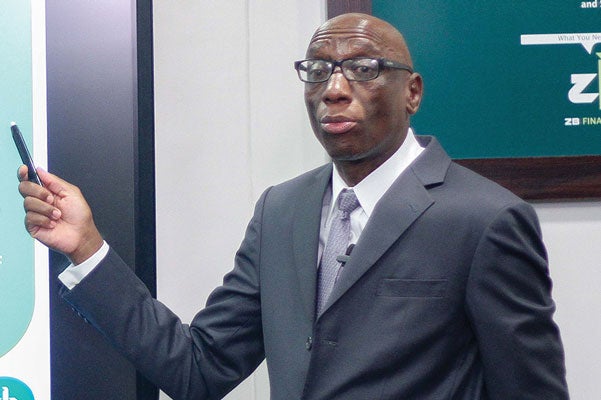 ZB Financial Holdings Limited (ZBFHL) is currently working on introducing an international bank card following its removal from the US sanctions list in 2016, chief executive Ron Mutandagayi has revealed.

“We are currently in discussions with both Visa and Mastercard and our views are that we would like to ensure that we acquire all the card issuer’s transactions, including Union Pay International, which is a Chinese card issuer, but we will issue cards to our market and in the near future you will probably be hearing from us as to how far we have gone with that particular product,” he said during the bank’s Press luncheon in Bulawayo on Friday.

The Office of Foreign Assets of the US Department of Treasury in October 2016 removed ZBFHL from the sanctions list; thereby unlocking the corporate’s potential to start attracting lines of credit, among other benefits.

“We have opened Syfrets Bureau De Changes, so far in the Midlands in Kadoma, Kwekwe and Gweru for the simple reason that there is quite a lot of foreign currency coming out of the small-scale miners,” he said.

“We will be going to areas such as Victoria Falls, Plumtree and Nyanga, because those are tourist resort areas and we expect that there will be reasonable traffic coming out of that,” ZBFHL boss said.

Mutandagayi said the financial institution would continue rolling out the onsite bureau de change in various parts of the country to improve convenience to the banking public.

The bank pioneered the concept of onsite bureau de changes with one of the facilities located at Delta Beverages’ Kelvin North industrial site factory in Bulawayo.

“We noticed that a lot of customers, immediately after the changeover on June 24, 2019, when mono-currency was introduced, some people were still holding on to foreign currency and they were in a quagmire as to how to use it.”

“They would go to hardwares and wholesalers where they discovered that the wholesalers were not selling in foreign currency and we decided to pioneer a product called onsite bureau de changes and it has the blessings of the authorities,” he said.

Newer Post
Pastor Evan Mawarire: ‘Never, ever lose your voice – it is the most important resource you have’
Older Post
Mugabe was a towering figure against colonialism – Ramaphosa