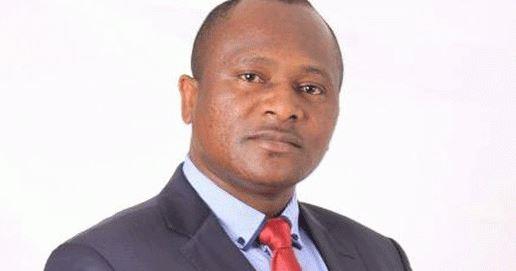 HARARE – Zimbabwe Broadcasting Corporation (Private) Limited (ZBC) has dragged its acting head of News and Current Affairs Tazzen Mandizvidza to the High Court, demanding $1 083 362,09 from him, following numerous financial irregularities which were prejudicial to the company.
ZBC filed the court summons after Mandizvidza failed to pay back the money.

The High Court was told that Mandizvidza, who is cited as the defendant in the court papers, was in 2014 suspended from employment pending numerous financial abnormalities that caused massive losses to the financially-crippled broadcaster.

According to court papers, the irregularities were reportedly discovered after the company ordered a forensic audit.

“In or about March 2015, the defendant acknowledged responsibility and accepted liability in certain respects contained in his written appeal to the plaintiff for reinstatement.

“He undertook to repay where the plaintiff suffered financial prejudice once the figures are agreed on,” the court papers said.

After Mandizvidza undertook to pay back the money, ZBC offered to reinstate him, which offer he accepted in April 2015.

“The amount of loss determined by the plaintiff (ZBC) to have been directly attributable to the defendant as a result of his wrongful conduct which the defendant is liable to repay to the plaintiff as per his undertaking and the condition for his reinstatement is the sum of $1 083 362,09,” ZBC said.

However, Mandizvidza has failed to live up to his end of the deal, as he is refusing to pay back the money to the national broadcaster.

Among other things, Mandizvidza reportedly owes ZBC money for irregular increment of his pay, double dipping on housing allowance, unauthorised accompanying of delegates on trips, irregular payment for a trip to India and irregular bereavement expenses.

According to the application filed on Friday last week, Mandizvidza has 10 working days within which to file an appearance to defend.

The State-owned broadcaster, which has been drowning in debt for years, lost millions after several executives, including Mandizvidza, helped themselves to properties in Harare’s posh neighbourhoods on company-backed mortgages while continuing to collect housing allowances from ZBC.ZBC sues Mandizvidza over $1m debt