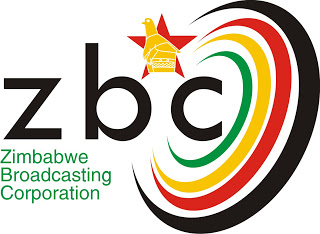 HARARE – The Zimbabwe Broadcasting Corporation (ZBC) is open to enter media rights deals with broadcast partners willing to pay for the privilege of accessing the Constitutional Court (Con-Court) TV feed.

This comes as Zimbabwe will for the first time broadcast live court proceedings of a Con-Court hearing of an application lodged by MDC Alliance leader Nelson Chamisa challenging the presidential election results.

While financial terms for the broadcast rights will be disclosed today, several networks including CNN and BBC have expressed interest.

The ZBC has reportedly agreed to charge a “nominal fee” for the rights to uplink the ZBC Con-Court feed.

The presidential election results challenge will probably be the most watched programme, and if the deals with international networks fly, is expected to reach a global audience.

And it’s an opportunity for the cash-strapped State broadcaster to make some good money.

But there were concerns about granting exclusive rights to ZBC. There were suggestions to challenge the move to make ZBC the sole providers given that the State can control and mediate what is broadcast live.

Another journalist said: “It’s not surprising that when the arguments get heated, the signal gets lost and you get Admire Mhungu coming on to do voice-overs.”

Another international journalist said: “What is needed is a guarantee that the feed will not be interrupted from start to finish. Whoever is given access private or State must commit to this in writing.”

ZBC has a propensity to black out news unpalatable to the Zanu PF regime.

According to a letter to ZBC’s CEO Patrick Mavhura, the Judicial Service Commission (JSC) secretary Walter Chikwana, allowed the national broadcaster to broadcast the events live.

“We acknowledge receipt of your letter dated August 16, 2018, the request was noted. Please be advised that the Judicial Service Commission authorised you to broadcast live on national television and selected radio platforms the proceedings of the Con-Court involving the electoral challenge to the results of 2018 presidential election.

“We are pleased to note that you have the capacity to distribute live signal feeds to other broadcasters who may be interested in covering the court proceedings. We will accordingly refer them to you if there is need,” Chikwana said, in a letter copied to Chief Justice Luke Malaba.

The ZBC is expected to charge a nominal fee to other stations that would need its live feed.

The election petition is crucial in Zimbabwe as it has the potential of deciding the country’s next president.