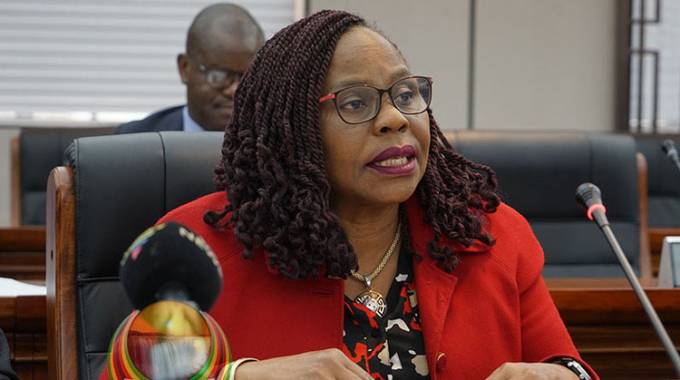 Zimbabwe Broadcasting Corporation (ZBC) will soon pay local artistes more than $600 000 in outstanding royalties that it owes them, a Cabinet Minister has said.

Information, Publicity and Broadcasting Services Minister Monica Mutsvangwa said this while addressing delegates at the launch of the Arts, Culture and Heritage Policy in Bulawayo last week.

“I must say issues were raised pretty well, issues of royalty collecting and local content. ZBC owes a total of $600 000 as at 31 October 2019. That is for music royalties for our artistes, the royalties are calculated as a percentage of the corporation’s total advertising revenue,” she said.

“The debt emanated from the accumulation of royalties due to ZBC’s liquidity challenges over the years, but thanks to the Minister of Finance (and Economic Development Professor Mthuli Ncube), we are actually starting with the 2020 budget, we have been given an opportunity of a grant. That will then allow ZBC to pay what is outstanding debt, and not just to pay what is outstanding, but to pay starting from here going forward,” she said.

Negotiations between Government and the Zimbabwe Music Rights Association are ongoing.

Minister Mutsvangwa said the royalty fees will be pegged in line with those obtaining in the region.

The arts industry, she said, was a rewarding one the world over.

“This is a very potentially rewarding industry. I was invited to the emerging cinema market conference in Turkey and I must say they have realised the potential that the country has in terms of shooting movies in this country.

“We need to do more, certainly. Great research has been done, and I must say we have lost some of our best experts in the creative and cultural industries, and internationally they are very much recognised and names that come to mind are the Danai Gurira’s and many more,” she said.

She also noted that issues around film policy development had already started.Consultations with stakeholders to bring on board their input are presently ongoing.

“This is a financially viable industry. Countries like Nigeria where I was, there was a whole delegation and they are getting a lot of foreign currency that we so much want as a country. Kenya has done it and there is no reason why Zimbabwe should continue lagging behind.”

He called on Government to assist the arts sector by sourcing funds from the gaming industry.

On his part, Finance and Economic Development Professor Mthuli Ncube said Government will facilitate the duty-free importation of musical equipment.

“There is currently duty-free importation for public address systems and you would like that to be expanded to the rest of the musical equipment, I think my answer is yes.

“There is a lot to gain and very little to lose on the tax part,” he said.

Youth, Sport, Arts and Recreation Minister Kirsty Coventry said she was grateful for the support received from the First Family during the arts indaba, which was held over the past two days.