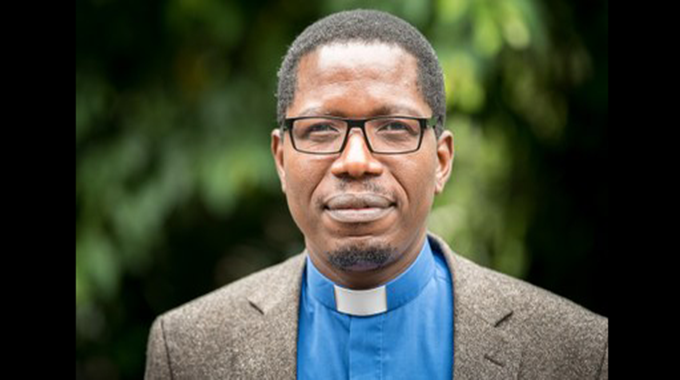 THE Zimbabwe Council of Churches (ZCC) is persisting with its efforts to initiate a national dialogue process, meant to address the country’s intractable political and economic crisis.

It also seeks the endorsement from Sadc as well as the military in the national consultative process, which ZCC says could end Zimbabwe’s decades of isolation.

Efforts by ZCC to broker the multi-stakeholder national dialogue are seen as key towards resolving the country’s multifaceted crisis, following President Emmerson Mnangagwa’s rise to power through a military coup in 2017 and his subsequent victory at the polls in 2018.

This week, the African Union chairperson who is also South Africa’s President, Cyril Ramaphosa, sent three envoys to Harare to meet Mnangagwa, following the crackdown on opposition members, journalists and activists by state security agents in the build up to anti-government protests, which were set for July 31.

The three envoys, Baleka Mbete, Sydney Mufamadi and Ngoko Ramatlodi met Mnangagwa in the capital at a time the embattled leader faced a tide of international pressure under the banner of the #ZimbabweanLivesMatter campaign which has gained global traction.

The trio, however, left Harare under unclear circumstances without meeting opposition officials, civil society members, church leaders and other stakeholders.

ZCC secretary-general Kenneth Mtata this week told the Zimbabwe Independent that the success of the envisaged dialogue process hinged on engaging the military and Sadc.

The military, having orchestrated the military coup of 2017 that toppled long-time ruler Robert Mugabe, remains an influential force in the volatile Zimbabwe political crisis. Sadc brokered talks that led to the formation of the coalition government in 2009 between Robert Mugabe and MDC T leader, the late Morgan Tsvangirai after the violent and disputed polls of 2008.

Mtata this week said among its desired outcomes, the dialogue process would also aim to address Zimbabwe’s checkered human rights record, as well as setting the country’s fragile economy on a firm recovery and growth footing.

He said: “A multi-stakeholder national dialogue will include all sectors of the society and state. So, it is important that the security sector is part of the conversation.

“But it will be important to have Sadc level endorsement of the national dialogue process. A successful national dialogue should lead to a comprehensive national settlement where the hurts of the past are brought to a closure through truth-telling, justice, reconciliation and a shared national vision for Zimbabwe.”

The cleric emphasised that the dialogue process would also be predicated by the need to reintegrate Zimbabwe into the community of nations, tackle rampant graft as well as revive the country’s comatose economy.
Mnangagwa’s re-engagement drive, which roused international goodwill when he toppled Mugabe is now off the rails following a spate of human rights abuses that include the killing of civilians by state security agents on August 1 2018 and in January last year.

The duo, which is languishing in remand prison, is being accused of fomenting public violence during the build up to the July 31 anti-corruption protests.

“A successful national dialogue should lead to a comprehensive national settlement where we attend to the emergency humanitarian needs of food, health and education, a new social contract is established on the basis of an inclusive national economy free from corruption and cartels, the constitution is fully implemented, and the culture of constitutionalism becomes entrenched, and Zimbabwe gets admitted into a family of nations,” Mtata said.
After winning the disputed 2018 election by a wafer-thin margin, Mnangagwa called for dialogue with losing contestants under the banner of the Political Actors Dialogue (Polad).

The grouping, which was embraced by all loosing contestants but Chamisa has been criticised for constituting insignificant political players.

Chamisa has questioned Mnangagwa’s legitimacy, which subject he says, must be addressed through a broad-based national dialogue process brokered by a neutral mediator.

In Zimbabwe, Coronavirus Sick Told to Buy Their Own Ventilators