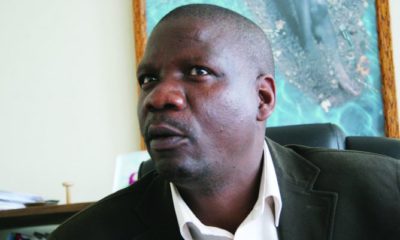 Zimbabwe’s labour body has bemoaned the criminalisation of trade unionism as it marked the 14th anniversary of the torture of its members on September 13, 2006.
About 147 Zimbabwe Congress of Trade Unions (ZCTU) activists were severely beaten by police for daring to take to the streets demanding better living conditions and salaries for workers.

The late former President Robert Mugabe said the ZCTU leaders got the treatment they deserved. Since then the ZCTU has on its calendar of events the 13 September Police Brutality Day.
ZCTU secretary-general Japhet Moyo said it was disheartening that President Emmerson Mnangagwa has copied from Mugabe’s hymn book of criminalising trade unionism as workers go hungry.
“From 2019 to mid-2020, the so-called new dispensation’s true colours were now on display.

Repressive laws still exist and interference in trade union business by the police and other law enforcement agents is still the order of the day,” Moyo said in a statement released on Sunday.

He said a number of trade unionists had been arrested, threatened with death, as well as receiving bullet parcels at their homes as an intimidatory practice.

“Trade unions are still expected to apply for police clearance to hold meetings and demonstrations despite the provisions of the law that do not make it compulsory.

“As we remember this sad day, 13 September 2006, the State must stop the continued intimidation, harassment, and persecution of the unionists as well as stop the criminalisation of trade unionism,” Moyo said.

Government has been severe in dealing with protesters as it argues that the demonstrations are part of a regime change agenda to topple Mnangagwa’s administration.