ZCTU presses for US$ wages

THE Zimbabwe Congress of Trade Unions (ZCTU) has called on government to revert back to the 2017 United States dollar salary regime to cushion workers against the unstable local currency. 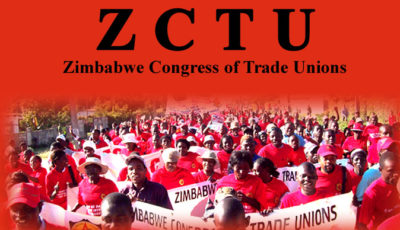 “The greatest tragedy in this country is the destruction of value in terms of salaries,” he said.

Munengiwa added: “We must confront the issue of salaries much as we confront climate change and other issues. It is important that this issue is addressed once and for all.”

He said once the basis of a decent salary is destroyed, the social base upon which society is organised is also destroyed, “hence that fight is a collective fight from the business to the informal sector and to residents. Our fight is for workers to earn a living wage. If we don’t address that, even our agenda for decent jobs is decimated.”

On the issue of green jobs, Munengiwa said trade unions should embrace renewable sources of energy for employment creation.

Newer Post
‘Chiefs used to white wash Gukurahundi’
Older Post
In Zimbabwe, people increasingly worry not what, but whether they will eat tomorrow