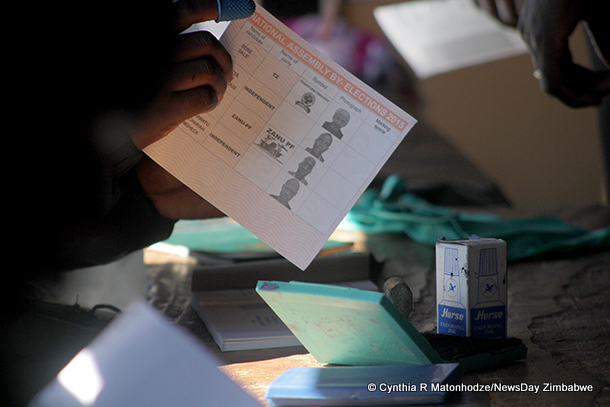 LEGISLATIVE watchdog, Veritas, has called on the Zimbabwe Electoral Commission (Zec) to reveal the name of the ballot paper printers “now” as there was “no legitimate reason” why it should not do so.

The call by Veritas came at a time Zec was delaying to disclose the identity of the ballot paper printers regardless of the fact that the date for harmonised elections was fast approaching.

“This secrecy over which supplier is printing ballot papers has fed into the opposition’s lack of trust in Zec,” the body said recently in a statement.

In addition, Veritas said once the Electoral Amendment Bill becomes law Zec must ensure that “the number of ballot papers printed for any election does not exceed by more than ten per centum the number of registered voters eligible to vote in the election.”

“This means that eventually Zec will have to divulge these details. But there is no legitimate reason why Zec should not reveal now the name of the printers selected,” it said.

“There is also nothing in the law that prevents Zec from allowing a few independent observers to monitor the printing. This would go a long way to establishing trust with political parties and the general public.”