THE Political Actors Dialogue (Polad) has not spoken about pushing out Zimbabwe Electoral Commission (Zec) commissioners, but will instead retreat to Nyanga next week to discuss sanctions. 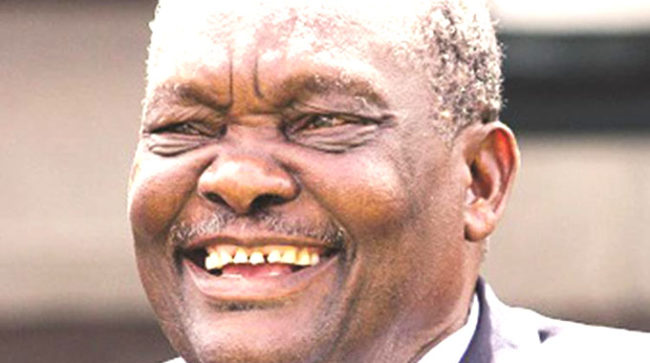 Polad co-chairperson, retired Justice Selo Nare dismissed suggestions by NCA president Lovemore Madhuku that the political negotiations would result in the ouster of Zec chairperson Justice Priscilla Chigumba and her team and replace them with new people.

“I think it was an individual opinion. We went into that at our last meeting and Mr Madhuku when he made that statement was talking on behalf of his party, not the opinion of Polad,” he said.

Justice Nare said, instead, Polad, which is made out of 18 presidential candidates accompanied by three assistants, will be going to the resort town of Nyanga to discuss sanctions.

“We are now on the second leg, where we will be dealing with issues that pertain to governance.

From there, one of the areas that we will deal with is that of the economy,” he said.

“The parties are going to deal with the economy with the advice from other groups that come in. We will be able to cover a lot of ground. Next week we will be going to Troutbeck to look at the outlying things that we have missed. But the area we are going to be looking at is that of Zidera [Zimbabwe Democracy and Economic Recovery Act] and be able to discuss how we can approach the people who have imposed sanctions on us.”

Madhuku insisted that he would be pushing to ensure that a Zec that can inspire confidence to elections can be set up in a manner that does not leave the appointment of the body to the President.

“Why else would we be in Polad if it’s not to lay a ground that will ensure that never again we have disputed elections? We are not there to agree with Zanu PF, I can assure you and those who think Polad will not achieve anything, will see that we have teeth and they will bite,” he said.

Nelson Chamisa’s MDC has refused to join the political talks and called them a choir with no stamina or desire to bring any change.

Justice Nare, however, said it was time Chamisa and others joined the talks because they were progressive and would bring the desired change.