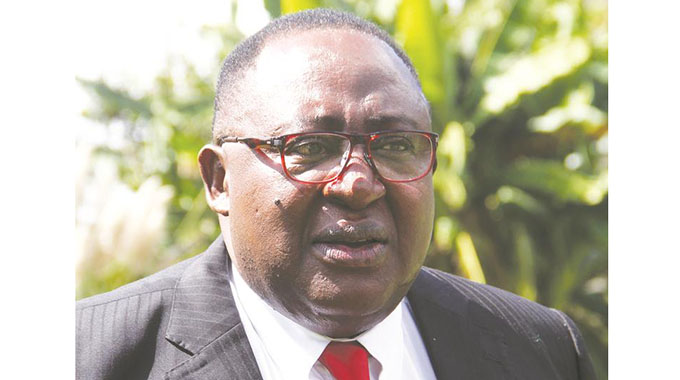 Prosper Dembedza Court Correspondent
The trial of former Minister of Energy and Power Development Elton Mangoma, Zesa chief executive Joshua Chifamba and managing director of Zesa Enterprises Tererai Mutasa, who allegedly entered into a technology transfer partnership with a South Korean company, Techpro Company Limited, for the manufacturing of switchgears without due process, failed to continue last week following indications that the prosecutor, Mr Zivanai Macharaga, is not feeling well.

The three, who all pleaded not guilty, are facing charges of criminal abuse of office.
Mr Brain Vito, who stood in for Mr Macharaga, told the court that he was seeking a postponement of the matter because his colleague was not in attendance as a result of illness.

Harare magistrate Mr Francis Mapfumo deferred the matter to May 22 and 23.
Allegations are that the trio allegedly entered into a technology transfer partnership with Techpro Company Limited for the manufacture of switchgears without due process.

Competitive bidding process
Five years down the line, Techpro failed to execute the project afte receiving an initial payment of $850 000.
The State is alleging that this happened in 2010 when Choi Young Jin of Techpro met Mangoma at his offices in Harare.
They signed a technology transfer partnership between Zesa Enterprises and Techpro for the manufacture of the switch- gears.
Mangoma allegedly instructed Mutasa to liaise with Techpro with a view of establishing the partnership.

The court heard that Mutasa wrote to the State Procurement Board seeking advice on the procedures to be followed in such partner- ships.

He was advised to proceed with Section 49 of the repealed Procurement Regulations Act Chapter 22:14.
Mutasa was further advised to seek assistance from State Enterprises Restructuring Agency (SERA) on how to proceed.
SERA advised Mutasa to prepare a memorandum for Mangoma to submit to Inter-Ministerial Committee on Commercialisation and Privatisation of Parastatals (IMCCP) recommending the identification of a technical partner for the technological transfer through a competitive bidding process.

On receiving the proposal and bid documents for tender, Chifamba and Mangoma allegedly connived to bypass the approval by IMCCP and the competitive bidding process and favoured Techpro Company. Limited