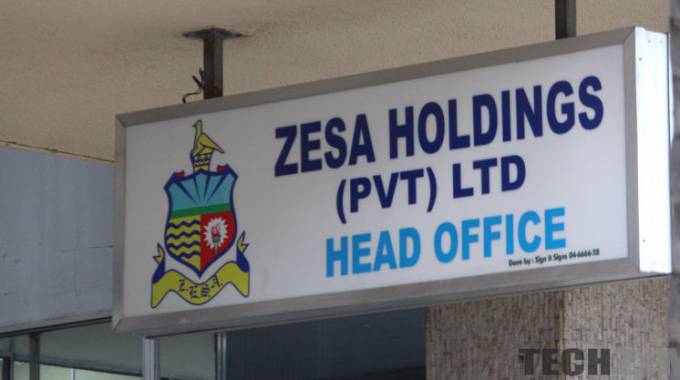 ZESA Holdings executive chairperson Dr Sydney Gata has been suspended and will not be allowed to enter the power utility’s headquarters, Energy and Power Development Minister Fortune Chasi said yesterday.

He said Dr Gata would be barred from Zesa premises until due processes have been completed.

“Our initial stance as Government was to observe corporate governance and give the board an opportunity to deal with the matter. This entailed giving the board time to investigate the serious allegations against Dr Gata.

“But alas! He (Dr Gata) decided to lock the board out of Zesa premises. He took the view that no board meetings would take place as a way to stall progress. He then proceeded to bar the board entry into Zesa premises and ordered security to lock them out,” he said.

“He refused to accept the letter of suspension and instead proceeded to suspend the entire board as if he had the powers to do so. He doesn’t. It is very strange and unusual action suggesting that something was seriously wrong”.

As a consequence, Minister Chasi said, processes are underway to ensure normalcy is restored at Zesa.

“This will include barring Dr Gata from Zesa for a defined period to allow the investigations to happen. We want to be very procedural and need to.

“We will continue to assume that he is innocent until proven guilty. He needs to make it easy for us, otherwise the irrational actions he is taking — like firing fellow board members — will cause everyone to think otherwise,” he said.

Dr Gata is facing a slew of allegations that include abusing the power utility’s five pool vehicles, scuttling the disciplinary hearing of a top executive and splurging $10 million on Christmas parties and procedurally sending four consultants to South Africa at Zesa’s expense.

Minister Chasi wrote to the Zesa board of directors on Monday ordering them to expedite the probe.

The letter was copied to Deputy Minister Magna Mudyiwa, Chief Secretary to the President and Cabinet Dr Misheck Sibanda, Secretary for Energy and Power Development Dr Gloria Magombo and Dr Gata himself.

But Dr Gata has been defiant.

He claimed that his lawyers had advised him to stay put because a meeting that was held to suspend him was unprocedural.

He has since responded to Minister Chasi objecting to the processes that led to his suspension, and now wants the matter to be adjudicated.

“It is clear from the foregoing that I respectfully take the view that your letter in casu ought not be the basis of the way forward between you (as the line Minister) and the Executive Chairman. I believe this a matter that requires, on an urgent basis, the mediation role of the Office of the President and Cabinet. I will engage that mediation role without delay.”

In a statement released as a “special communiqué to all Zesa staff” last week, Dr Gata claimed to have suspended the other eight board members.

He claimed some external forces were instigating workers to strike, presumably to force him out of office.

There were, however, questions on whether he had the power to dismiss board members.

Zesa is a private company wholly-owned by the Government and is bound to operate in terms of the laws that govern it, namely the Public Entities Corporate Governance Act, Companies and Other Business Entities Act, and the Public Finance Management Act.

Under the Public Entities Act, Government is mandated to exercise strong interest in the affairs of a public entity including financial performance, reporting and accountability arrangements.

Where deviations are noted, the Government is obliged to take remedial action in terms of the law.

The laws also demand accountability, including the declaration of interest by officials of the company.