HARARE City Council has threatened to penalise power utility, Zesa and other companies in the Workington industrial areas for discharging waste into streams that flow into Lake Chivero, making the cost of treating drinking water too expensive. 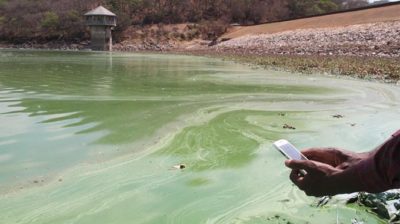 Lake Chivero is the main source of water for Greater Harare and council now requires large amounts of money every month for water purification.

Head of city environmental management unit, Lisben Chipfunde said the penalties would curb the disposal of dangerous substances into water sources and force companies to put in place treatment facilities at the plants before disposing of the waste water.

He was speaking during the Zimbabwe Union of Journalists-organised media tour of the Marimba River catchment area on Thursday.

“We are now going to penalise them so that when these penalties bite into their budgets, they will definitely put in place the pre-treatment facilities,” Chipfunde said.

“There is pollution that is coming from the industries and this pollution is not supposed to be discharged into the stream water.

“It is supposed to be discharged into the sewage treatment pipeline, but these industries are discharging into the stream water. Because they are supposed to pay for whatever they discharge, they now want to avoid paying these charges, hence they don’t discharge into the pipelines.”

“It has increased the pollution load in our raw water sources and then the amount of money that the city has to incur to make sure that the water is potable has become very high,” he said.

“There is also loss of biodiversity. In any ecosystem, there should be various types of organisms, but then if we have pollution of this magnitude that is coming from industries that are making a lot of profit but without care for the environment, it becomes worrisome.”

Council has started the Ruzivo Sewer Surface crossing pipe which is meant to solve the sewer problem from the Mufakose and Marimba area.