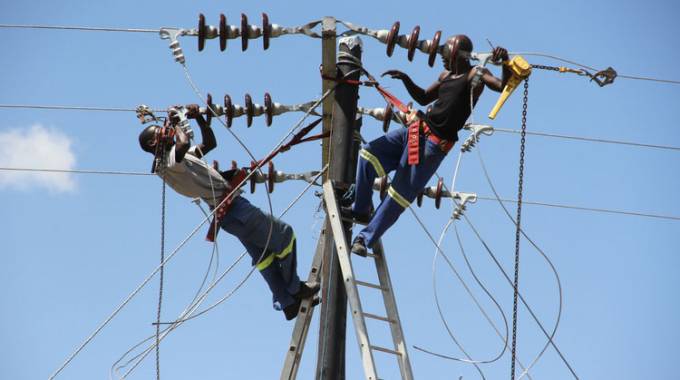 Beneficiaries of the Garikai/Hlalani Khuhle housing programme here have approached the Government in their latest bid to push ZESA Holdings to connect them to the national grid.

In separate interviews, residents said efforts to seek audience with ZESA’s local officials had been unsuccessful.

Mr Goodwill Mukweremba, a representatives, said the area had been without electricity for over a decade.

“We have a problem of electricity, and ZESA has not given us a satisfactory answer,” he said.

“We have tried to engage them, but they keep giving us excuses. It is sad to note that houses built after ours have been connected and we keep getting stories.

“To make matters worse, they have been delivering poles here and recollecting them without any explanation. We are now appealing to the Government to attend to our plight.”

Beitbridge East legislator, Cde Albert Nguluvhe, said he had engaged the Ministers of Energy and Power Development, and Local Government and Public Works over the issue.

“A lot of money is being spent replacing stolen lines and transformers, leaving us with little resources for the development of the network to new areas,” said Engineer Chinaka.

“Concerning the movement of poles, you will note that when our delivery truck failed to negotiate its way into our Stores area at Beitbridge depot, the poles were then delivered to a safer site at the Garikai stands.

“The poles were not meant for the Garikai project alone, but would also be used for other sites in the area (Public Works Department houses, ZIMTA and Redevelopment houses) as required for maintenance and new works.”