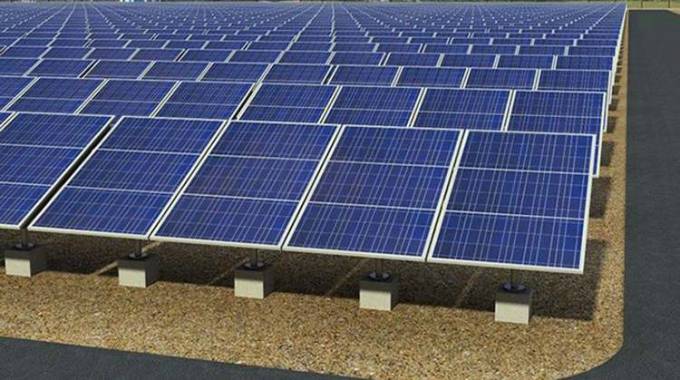 Efforts to expeditiously implement the 100 megawatt (MW) Gwanda solar project has hit a snag, again, as the Zimbabwe Power Company (ZPC) and contractor Intratrek Zimbabwe are reportedly haggling over the former’s proposal for a second feasibility study on the project.

In April, Cabinet approved a revised phased implementation and funding plan for the project, which would see the delivery of the first 10MW within six months from the date all conditions precedent would have been met.

The two parties were on the verge of signing a restated contract for Gwanda that would have enabled the power project to resume without further delay.

A feasibility study was one of the conditions precedent ahead of the commencement of the project, for which ZPC approved appointment of Shanghai Electric Power Design Institute (SEPDI) to do the work.

“Further to the signing of the EPC contract (ref ZPC 304/2015) between ZPC and Intratrek/CHiNT technical partnership, wherein the feasibility study is a condition precedent to the commencement of works and after thorough consideration of your profile, work and methodology and experience in similar projects, we are pleased to advise you of your appointment as feasibility consultants for the above project,” ZPC said in a letter to SEPDI in 2015.

SEPDI undertook the feasibility study at a cost of US$2,2 million, and after taking delivery of results of the technical investigation confirming the possibility of the initiative, ZPC endorsed the study findings.

Intratrek argues that since it was ZPC who appointed SEPDI in 2015, it would save money and time if SEPDI updates the existing feasibility instead of having a new one. The Chinese company is understood to have agreed to do the review work at no cost to Zesa.

“ZPC previously appointed SEPDI in 2015 as the feasibility study consultant for the project. ZPC carried out a due diligence exercise on SEPDI, as evidenced by their letter . . . appointing SEPDI, they were fully satisfied with their technical capacity and expertise,” Intratrek said.

However, ZPC, the power-generating arm of State power utility Zesa, is demanding a fresh feasibility study to be carried out at its expense, claiming that the old one, which was done five years ago, needed to be freshened up as it might not be compatible with new technologies and expectations.

“Due to the five-year lapse since the feasibility study report of 2015, the change of technology in your (new) proposal and the new funding structure, a feasibility study update is central to mitigation of risk and success of the project.

“Both parties must see this exercise as important.

“The review will confirm the project scope, price, bankability and importantly, will identify risks and mitigation measures,” ZPC said.

ZPC said as a matter of policy, its parent firm, Zesa, requires all projects to have a bankable feasibility study undertaken by an independent consultant appointed by the power utility.

“This is consistent with best practice in project management and a major recommendation of the PwC forensic audit of Zesa. It will restore much-needed credibility to a project that has attracted extensive public scrutiny.”

ZPC said this will enable it to raise the requisite project finance, a precondition it claimed is demanded by most foreign lenders.

It is feared that doing a completely new study might not only come with additional costs but further delay the project. In 2017, ZPC lost a High Court case in which Intratrek Zimbabwe challenged the cancellation of the contract for Gwanda over alleged implementation delays.

High Court judge Tawanda Chitapi declared the contract to be valid and extant and ordered the parties to sit down and find common ground for the project to proceed without further delay.

The latest deadlock over a fresh feasibility study might be a fresh hurdle to the implementation of the key power project.