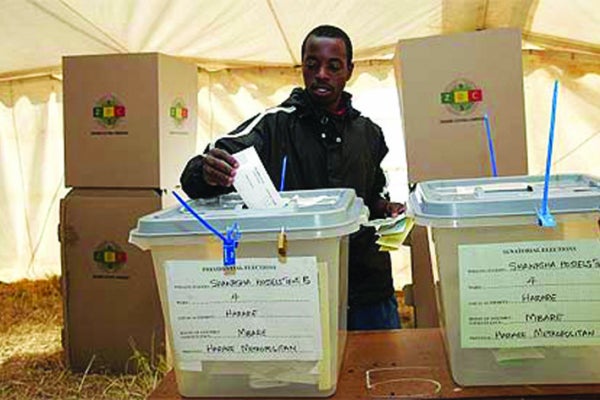 INDEPENDENT election watchdog, the Zimbabwe Election Support Network (Zesn) has urged electoral stakeholders to support voter education campaigns in the face of an increasing trend of voter apathy in by-elections.

“The turnout in the by-elections is indicative of apathy that has become characteristic of by-elections in Zimbabwe. Nevertheless Zesn commends the political contestants, their parties and supporters for engaging in peaceful campaigns during the by-election,” Zesn said in its report.

“Based on its observations, Zesn proffers the following recommendations: Civil society organisations should continue supporting civic and voter education initiatives, emphasising the importance of voting in by-elections and the correct identification documents that are required on polling day. Political parties should do more to encourage the participation of women as electoral candidates.”

According to Section 67 of the Constitution, “every Zimbabwean has the right to vote”, but Zesn notes that there is a low uptake particularly among the youth in exercising this constitutional right. This is more prevalent in by-elections.

Zesn argues that voter apathy dilutes the value of democracy, noting that the trend has been ongoing from as far back as the 1980s as noted in its report on the July 31, 2013 harmonised elections.