ZIDERA: It was never about democracy

Source: ZIDERA: It was never about democracy | Herald (Opinion) 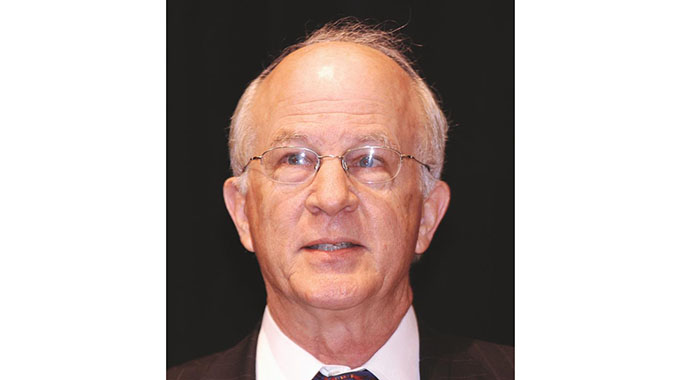 As Zimbabwe, and its SADC counterparts, initiate the anti-sanctions lobby as a collective on October 25, 2019, it is trite that the real reason for the imposition of illegal sanctions on the country are exposed.

On July 25, 2018, ahead of the harmonised elections, the US Congress and Senate passed the amended Zimbabwe Democracy and Economic Recovery Act (ZIDERA), which US President Donald Trump subsequently signed into law on August 8, 2018.

ZIDERA was first enacted in 2001, when the US sided with Britain, in the latter’s bilateral dispute with Harare over the Fast Track Land Reform Programme — a programme which sought to fulfil the main liberation war objective of land redistribution to the majority of Zimbabweans. Further, the Americans were miffed by Zimbabwe’s intervention in the DRC war, where the US had, and still has, vested interests.

However, the US disguised its true reasons for unilaterally imposing the illegal sanctions, citing the alleged violent nature of the land redistribution exercise. The US successfully sold the false story that all Zimbabwe had to do was to embark on wide-ranging economic “property rights”, and political reforms as a prerequisite to the lifting of sanctions.

A year later, in 2002, the EU imposed economic sanctions against Zimbabwe ostensibly because Government had expelled EU Observer Mission (EUOM) head Pierre Schori, and alleged human rights excesses. The truth of the matter is that the EU was merely punishing Zimbabwe for the LRP in support of Britain. Like the US, the EU updated and amended the illegal sanctions regime to tighten the noose on Harare through Council Regulation (EC) No 314/2004 (as amended) in 2011.

To sum up the foregoing, then US Assistant Secretary of State for African Affairs Chester Crocker, during hearings for the US sanctions law, declared that “to separate the Zimbabwean people from Zanu-PF, we are going to have to make their economy scream, and I hope you, Senators, have the stomach for what you have to do.” To this day, Zimbabwe’s economy is screaming, but remains resilient.

The then newly appointed US Ambassador to Zimbabwe, Brian Nichols, in a meeting with President Emmerson Mnangagwa reiterated that “land tenure” remained a key issue since 2001 (when ZIDERA was enacted) that Uncle Sam wanted addressed. The 2018 amended ZIDERA enjoins Zimbabwe to enforce the rulings of the SADC Tribunal on land reform.

Following the landmark ruling by the Supreme Court on December 3, 2001 which held the LRP legal, in 2007, former white commercial farmers led by Mike Campbell and Ben Freeth, approached the SADC Tribunal, which made rulings against the legality of the LRP. It basically ruled that the farmers be compensated for the land lost.

The amended ZIDERA notes that “it is the sense of Congress that the Government of Zimbabwe and the Southern African Development Community (SADC) should enforce the SADC Tribunal rulings from 2007 to 2010, including 18 disputes involving employment, commercial and human rights cases surrounding dispossessed Zimbabwean commercial farmers and agricultural companies.”

This is unenforceable in Zimbabwe since Section 295 of the Constitution stipulates that former white commercial farmers are eligible for compensation for improvements only. If Zimbabwe were to accede to the demand, it would have to pay for both land and improvements to the tune of US$30 billion. Even the tabled US$9 billion for improvements is not feasible.

The SADC Tribunal sought to reverse the irreversible LRP, claiming that it was “arbitrary, racially discriminatory and contrary to the rule of law”, and that evicted farmers be restored to their farms.

It must be noted that Zimbabwe formally withdrew from any legal proceedings involving the SADC Tribunal, rightly citing that the establishment of the court had not yet been ratified by at least two-thirds of the bloc’s membership as per the requirements of rules and procedures governing the regional grouping.

What the Americans are asking of Zimbabwe is impossible since land has empowered the majority of Zimbabweans, was legally redistributed, and that President Mnangagwa in his inaugural speech in 2017, declared that, “given our historical realities, we wish the rest of the world to understand and appreciate that policies and programmes related to land reform were inevitable”.

He added that, “whilst there is a lot we may need to do by way of outcomes, the principle of repossessing our land cannot be challenged or reversed. Dispossession of our ancestral land was the fundamental reason for waging the liberation struggle. It would be a betrayal of the brave men and women who sacrificed their lives in our liberation struggle if we were to reverse the gains we have made in reclaiming our land.”

This is the reason why the US and EU continue to renew sanctions against Zimbabwe as their shortlived, but miscalculated hope, that the New Dispensation would bend to their wishful thinking on the irreversibility of the LRP.

Who called and financed the illegal sanctions against Zimbabwe?

The MDC was formed in 1999 with funding from the US and its allies, as well as white commercial farmers. That party participated and lost in the June 2000 parliamentary polls, which it falsely claimed were fraught with intimidation and electoral fraud. In a bid to whip up pressure against Government, it was used as a pawn to campaign for and agitate for the imposition of sanctions against the country.

In the past 18 years, various MDC leaders, among them the late Morgan Tsvangirai, Tendai Biti, and of late, Nelson Chamisa, have consistently called for and insisted on the maintenance of the ruinous illegal sanctions regime. As recently as 2018, Chamisa, Biti and Dhewa Mavhinga visited America where they urged the US to tighten the sanctions noose. Further, Job Sikhala ridiculously called for the US and EU to maintain the illegal and debilitating sanctions because they donate trinkets to Zimbabwe.

Ironically, during the MDC’s tenure in the inclusive Government between 2009 and 2013, Biti as Finance Minister, and Tsvangirai as Prime Minister, called for the lifting of the disabling embargo on Harare for the country to move forward. It is evident that they benefit from the penury wrought by sanctions when outside of Government, which explains their politically expedient calls for the maintenance of the punitive sanctions.

Who was behind the MDC calls for sanctions?

The ZIDERA Bills, both in 2001 and 2018, were both engineered by unrepentant racists and pro-supremacist politicians, who ironically are conservatives, Jesse Helms and Jeff Flake, respectively. Helms unashamedly supported Rhodesia and the Unilateral Declaration of Independence (UDI), and spiritedly opposed the Civil Rights Act in 1964 in the US, which sought to rid of black discrimination. He vociferously campaigned for the lifting of sanctions against Ian Smith’s administration.

His protégé, Flake, tookup  the mantle in 2018, masterminding the enactment of the amended ZIDERA. History records him as one of the key figures whose testimony supported a motion in favour of apartheid in South Africa in 1987.

The US and EU have consistently renewed the illegal sanctions annually with a view to armtwisting Zimbabwe to accede to their untenable demands, while pushing the illegal regime change agenda. It is thus heartening that SADC set October 25 2019 as the SADC Day Against Zimbabwe Sanctions, which would mark the start of a sustained call for the unconditional removal of sanctions against Zimbabwe through various activities.