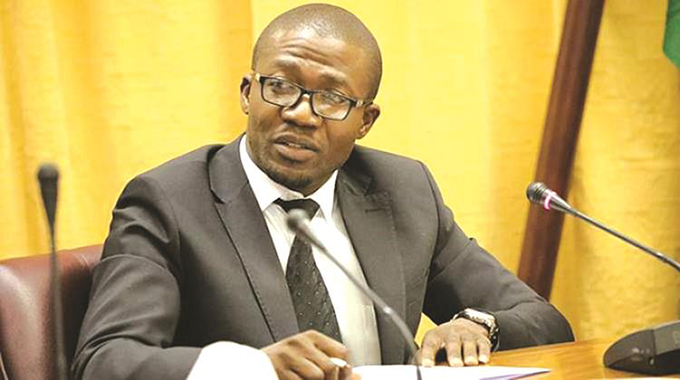 Zimbabwe has fine-tuned its symbiotic relationship with the Green Climate Fund, a development that will increase climate funding to the country for tackling climate-changing emissions, and to boost resilience against climate variability’s dangerous impacts.

The Green Climate Fund (GCF) is a global fund created to support the efforts of developing countries to respond to the challenge of climate change.

The fund pays particular attention to the needs of societies that are highly vulnerable to the effects of climate change, in particular least developed countries (LDCs), small island developing states (SIDS), and African States.

“The country programme is a strategic document that outlines how the Government of Zimbabwe intends to engage with the GCF over the next four years in view of Zimbabwe’s climate change vision of developing into a low carbon and climate resilient development pathway.

She said that the GCF country programme is a powerful tool in unlocking climate finances for the development projects in key sectors.

“The country’s GCF country programme is important towards the developing of strategic projects earmarked for various climate finance windows and acts as a guidebook to project proponents and entities on how to develop their project proposals in line with the five national climate priorities.”

GCF aims to catalyse a flow of climate finance to invest in low-emission and climate-resilient development, driving a paradigm shift in the global response to climate change.

For countries to receive GCF funds, they are requested to develop so-called “country programmes’ outlining the needs of their states under climate change and how the funding will be used to address these needs, both in terms of mitigation and adaptation.

GCF country programmes described as cornerstone of each country’s pipeline development with GCF.

Developing countries like Zimbabwe are encouraged to develop a GCF country programme to drive their project and programme pipelines with GCF, and countries may request support from the GCF Readiness and Preparatory Support Programme (for its development and update.

The process of developing or updating a country programme may be used for prioritising the most impactful projects or programmes to be funded by GCF, aligned with the priorities identified in a country’s national climate plans or strategies.

It may also be used to identify the most suitable GCF accredited entities or prospective entities seeking accreditation that would submit and implement those projects and programmes which will assist the country to achieve its ambitious, long-term climate change strategies and plans, particularly those contained in the country’s updated Nationally Determined Contributions (NDCs), National Adaptation Plans (NAPs), as well as long-term national strategies, focusing on areas of high mitigation potential and adaptation needs for the country.

Ms Mukonoweshuro chronicled that climate change is irreversible and called for financial aid and strategies to mitigate and adapt to the ever-changing environment.

“The pipeline of GCF projects highlighted in the country programme looks promising with a total of US$2,4 billion. However, these project ideas must be further developed as there are some gaps that need to be filled-in to enhance projects earmarked for GCF funding.

“As such, the Climate Change Management Department, under the Ministry of Environment, Climate, Tourism and Hospitality Industry, as the GCF Nationally Designated Authority (NDA), is embarking on a journey of Awareness Raising and Dissemination of the GCF Country Programme,” she said.

She added that well-constructed country programmes will assist the nation in spearheading its transformational impact, while enhancing and ensuring country-driven approaches.

“Not only will this strengthen country ownership, but it will also better equip project  proponents and entities on developing bankable and scalable projects for submission to the  GCF ensuring that project proposals have a much stronger climate rationale and are aligned with national thrusts for adaptation, mitigation and cross-cutting priorities. (Ensuring that project proposals are in line with the Government’s two programming frameworks to address climate change: National Adaptation Plan (NAP) and Low Emission Development Strategy (LEDS).”

The country programme also establishes the GCF coordination framework which will strengthen climate resource mobilisation, utilisation and reporting in an inclusive manner whilst fulfilling GCF expectations.

Platform is a multi-stakeholder platform composed of representatives from public sector, private sector, academia, vulnerable groups and civil society organisations, with gender equality and youth representation being pivotal with regards to representation.

Meanwhile, Zimbabwe is set to host the Eco-Tourism and Renewable Energy Conference in Victoria Falls this September 2021.

The conference is expected to bring together stakeholders from the tourism, energy and waste sectors to build capacity and awareness on the country’s Low Emission Development Strategy (LEDS) and the GCF country programme as a potential funding window for implementation of mitigation actions.