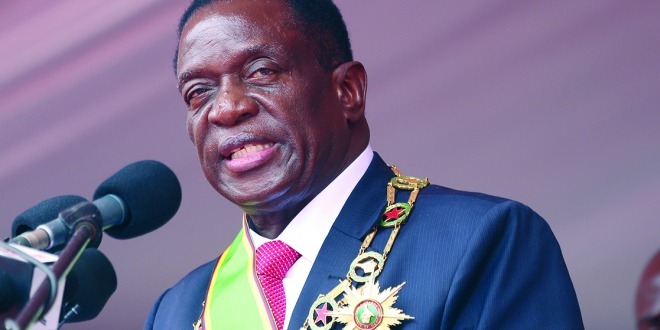 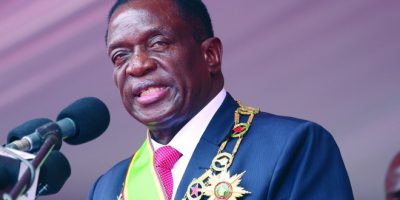 Alexander Rusero Correspondent
In early January this year, a top British bureaucrat was in Harare for meetings with Government officials and members of the civil society, in what became the second high profile UK visit since the ascendancy of Cde Emmerson Mnangagwa to the presidency.

Any discussions pertaining to Zimbabwe’s re-engagement with the international community that do not start with Britain would be a false start to diplomacy. Zimbabwe’s socio-economic and political infrastructure remains highly attached to her erstwhile coloniser even 38 years after attainment of Independence.

As such, the Southern African state’s initiative of re-engaging the world after two decades of partial isolation cannot be fully successful without Britain’s involvement, for it was in essence the latter that was the key architect of Zimbabwe’s painful isolation.

From 2000 on, Zimbabwe was under siege from rightist parties characterised by reactionary conservative thinking at best, and naked social imperialism and neo-colonialism at worst.

At the centre of all these socio-economic political ills was Britain, largely because of her total disagreement and dishonour of the obligation she had pledged in 1979 at Lancaster House Independence Conference to support and fund Zimbabwe’s land reform programme.

What should have become a bilateral stand-off between Zimbabwe and Britain premised on disagreement over the land redistribution exercise drew the ire of the entire international community, particularly the European Union due to Britain’s critical role in the then 28-memeber states’ bloc.

During the period in question, Britain occupied the co-presidency of the ACP-EU under Glennys Kinnock, who was instrumental in influencing the overall EU position on Zimbabwe. As far back as 2000, the Blair government in Britain had admitted in its spirited efforts to bring Zimbabwe’s economy to its knees through the Westminster Foundation of Democracy.

Any investment to re-engage by Zimbabwe at that time was received with hostility by the British government under the auspices of the Labour Party. On March 17, 2006, then president Robert Mugabe received credentials from Dr Andrew Pocock, Britain’s new ambassador to Zimbabwe. It was on this occasion that Cde Mugabe made a call to the new envoy to help “build bridges” between Zimbabwe and the UK in order to break the impasse over the land reform.

However, such a plea needed sustained effort, which was apparently not pursued. What ensured was a complete stand-off with the famous line, “Keep your Britain and I will keep my Zimbabwe” becoming very popular. At a larger proportion, the confrontation and militant diplomatic approach between the two nations was not helpful.

On July 4, 2004, the then United States of America’s President George Bush’s secretary of state, Colin Powell, announced that the US and the EU had “ended all official assistance to the Government of Zimbabwe,” and that they were lobbying other governments to do the same.

This, he stressed, was punishment on Zimbabwe for what he termed “pursuing wrong policies.” The period that followed was one characterised by demonisation between Zimbabwe and Britain supported by her ally — the United States. Although Zimbabwe devised mechanisms of checkmating Britain and the United States’ punitive sanctions, initiatives towards full global integration in that context became a mammoth task.

With the current focus of Zimbabwe’s foreign policy thrust being anchored towards the reintegration of the state within the international global economy, the pursuit of national interests should be aimed at thawing the frost relations that existed with Britain from 2000. This is so because Britain to a greater extent orchestrated a virulent smear campaign against Zimbabwe.
A viable diplomatic and foreign policy approach that a state can pursue in the 21st century is one premised on attractiveness.

Zimbabwe’s Government should re-engage every progressive nation going forward. However, such relations should take advantage of the historical structural relations that ensued prior to the post colony. Britain is a strategic springboard that Zimbabwe can tactfully utilise to soft land within the global community of nations.

An important development of Brexit — that is the UK’s decision to leave the EU — should work in Zimbabwe’s favour in two ways. Firstly, now that the UK is claiming its sovereignty back and has decided to leave the EU, what it means is that it will make its own independent decisions without necessarily being tied to the 27-member bloc. On the other hand, the EU’s efforts to engage Zimbabwe will not be bound by Britain’s previous perceptions and influence.

This is a dividend and low hanging fruit Zimbabwe cannot ignore. Cordial relations with Britain on the side of Zimbabwe is better in the latter’s efforts of re-engagement, attracting foreign direct investment as well as positive diplomatic posture even to the country’s Diaspora.

Espoused in the national Constitution’s Section 12, the foreign policy of Zimbabwe is based on four critical principles ,which are: the promotion and protection of the national interests of Zimbabwe; respect for international law; peaceful co-existence with other nations; and the settlement of international disputes by peaceful means. National interests are those composite declarations derived from those values our nation prizes most.

At the onset, what the ED-administration should prize most is a foreign policy posture premised on mending relations, attractiveness, cordiality and appeal as opposed to arrogance, grandstanding and hostility.

Whereas Zimbabwe is entitled to distinguish between its acquaintances and foes, it needs mentioning that the worst thing Cde Mnangagwa’s presidency should indulge in is the permanent definition of Zimbabwe’s friends and enemies.

At best, the current efforts to charm Britain and the rest of the community of nations constitutes the foundations of a more stable state that balances between its own investment as well as attracting foreign direct investment.

The new dispensation in Zimbabwe has indeed inherited messy diplomatic affairs. Yet it has managed to cobble together a string of sensible and useful policies that have guided the State away from what would have been a depressed foreign policy by now.

It is imperative, therefore, that Zimbabwe heavily invests in sustained efforts aimed at countering infectious information that is designed to corrupt and jeopardise the current re-engagement efforts. The Ministry of Foreign Affairs and International Trade under the captaincy of Retired General Sibusiso Moyo should devote resources to carrying out a sustained and well-researched public relations campaign to spruce up Zimbabwe’s image and articulate the current re-engagement initiative.

We should draw lessons from the past. From 2000, in terms of foreign policy, Zimbabwe learnt everything and forgot nothing — dispersal of dependency is a viable approach than relying on similar or single partners.

As such, while cultivating and harnessing relations we have so far attained, particularly with the East, is a prerogative, Zimbabwe should strive to rehabilitate its cordial relations of between 1980 to 1990.