‘Zim can be net energy exporter’ 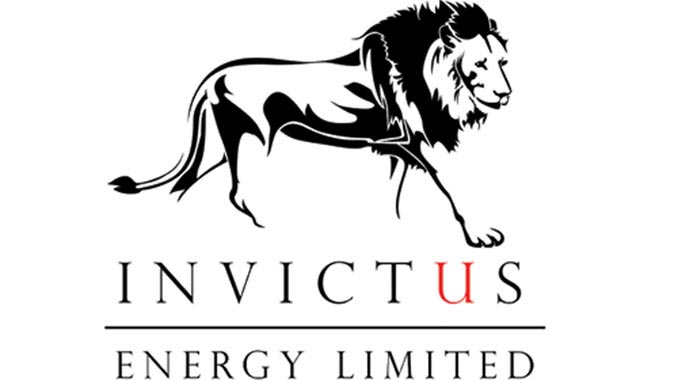 The company has already recorded significant milestones towards potential discovery of gas and oil from fresh tests and evaluation of secondary data first gathered by global oil giant Mobil in the 90s, which it has further refined and interpreted using advanced modern techniques and findings from the studies have been very positive.

The ASX listed junior explorer expects to start exploratory drilling next year after mobilising requisite equipment that can drill to planned depths of up to 4 kilometres.

Being a frontier location in terms of gas and oil, Zimbabwe currently does not have such sophisticated machinery.

As such, Invictus will need to mobilise the equipment from the region where such machinery is available.

Invictus Managing Director Scott MacMillan said most of the requisite equipment in the region was contracted until end of this year, which is the time they expect to get a slot to bring the equipment to Zimbabwe.

“Discovery (of gas or oil) would mean energy independence for Zimbabwe, which is vital for economic growth and prosperity. There is a clear correlation between energy consumption, prosperity and gross domestic product.

If the two commodities were discovered in Zimbabwe, it would take between three and four years for the country to start benefitting from the resources, which would entail economic growth, tax, royalty and export revenue as well as jobs and emergence of downstream industries among others.

“And for a country like Zimbabwe it would mean that we are no longer reliant on fuel and electricity imports and instead of consuming 25 percent of our foreign currency importing diesel and petrol, if enough is discovered we can turn into net exporter,” Mr MacMillan said.

Crippling power shortages have negatively impacted productive sectors and spawned long hours of load shedding, while erratic supply of fuel has also not spared the economy.

Zimbabwe would derive significant export revenue if it discovered  gas and oil given that regional economic power house, South Africa and neighbouring Zambia do not have sufficient power, which is unlikely to change in the short-term.

In fact, Mr MacMillan said South Africa was already facing electricity crisis as it looks to retire about 10 000 megawatts of coal fired power from the grid shortly, meaning Zimbabwe cannot rely on Pretoria for imports in future.

He said Zambia, just like Zimbabwe, is facing  power shortages due to the effect of drought on Kariba Dam, where the two get most of their power.

The generators on both sides of the dam are producing only a fraction of the rate capacities due to critically low water level. Results of the analysis done on source rocks from Muzarabani show that the area has strong potential for both gas and oil deposits.

“From the analysis that we did of the source rock, it is capable of generating both gas and oil,” Mr MacMillan said.

Although geo-chemical signatures of rock samples from the area bear striking characteristics to similar rock types that have produced oil in Uganda, Kenya and Australia, in Zimbabwe the source rock type will determine whether Muzarabani has gas or oil. Test results show likelihood of more gas.

Whether it will be gas or oil will boil down to temperatures the source rock has been exposed to while it’s also a function of how deep it has been buried.

“We have got source rock that has been buried in both gas window and oil window in particular times,” Mr MacMillan said.

The Invictus boss said unlike when Mobil explored for oil in the 1990s, with its main target being finding petroleum oil, dynamics have since changed over time and Zimbabwe could unlock significant economic benefits even if it found just gas, which can now be easily monetised.

When Mobil explored in the 1990’s, Mr MacMillan said, oil was the major source of energy globally yet preliminary findings from the global giant’s searches then indicated high probability of conventional gas than of oil deposits.

The Invictus managing director said gas was now a major source of energy across the world and with demand high; it was only matter of finding the market to monetise the commodity.

Potentially, independent study estimates have shown that Muzarabani could hold anything between 200 billion and 20 trillion cubic feet of the two valuable energy products.

However, Invictus still needs to undertake further works through geo-physical tests to narrow risks and identify areas with the highest potential for existence of oil and gas as well as to high-grade locations that may hold significant deposits.

Mr MacMillan said being a frontier destination in oil and gas exploration there was 1 to 5 and 1 to 10 chance of successful discover of oil and gas, which is why the company was making extensive tests and studies to ascertain existence of the high sought after energy commodities.