Zim Cricket board must be dissolved 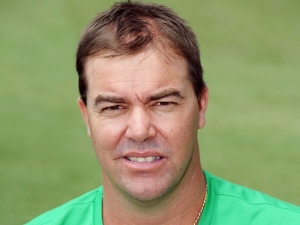 Source: Zim Cricket board must be dissolved | Daily News

HARARE – Zimbabwe national cricket side elimination from the 2019 World Cup (WC) as painful as it was must give the country a chance to re-arrange the game and build for the future.

However, it must be said without fear that the re-building of the national teams and re-arrangement of the deck must not be spearheaded by the current Zimbabwe Cricket (ZC) board which has heaped the blame on the Chevrons without accepting the responsibility for the elimination.

It disconcerting that the ZC board led by Tavengwa Mukuhlani believes that the WC elimination is a result of Heath Streak and his technical team failings — including the absurd claims that Streak practiced racism in his team selection during the ill-fated qualifying campaign.

Apart from saying Streak is a racist; Mukuhlani has also insinuated that the national cricket games could have been manipulated well before the WC elimination.

The ZC chairperson has promised to institute a probe into the defeat by the United Arab Emirates (UAE) after the tri-nations tournament in Bangladesh which also involved Sri Lanka.

Mukuhlani’s timing of the racism claims and promises of match fixing probe betray a leadership that is bent on soiling the reputations of Streak and his 12 other colleagues who were cut loose in the aftermath of the WC elimination.

The ZC chairperson is setting a dangerous precedence where instead of justifying the board’s decision to axe the technical teams, goes for the tired line of claiming racism when it is clear to all and sundry that he is clutching at the straws.

It is a known fact that Streak has a foster son — an amiable black person whose images were awash on social media last week — just moments after Mukuhlani’s had made the embarrassing and dangerous racism claims.

By now the expectation from those who love cricket should have been the dissolution of the ZC board as its actions go against the spirit of the game.

The board is indignant, headstrong and careless.

The Sports and Recreation Commission (SRC) should have applied necessary sanctions rather than take a surprising stance which has gone against the expectation of the fans and stakeholders.

Why should the SRC give its backing to the ZC board when there is need to establish the veracity of Mukuhlani’s claims and carry an overall postmortem of the current state of cricket in Zimbabwe?

Zimbabwe cricket must not die but the current ZC board, if allowed to remain in office, could militate against its revival.