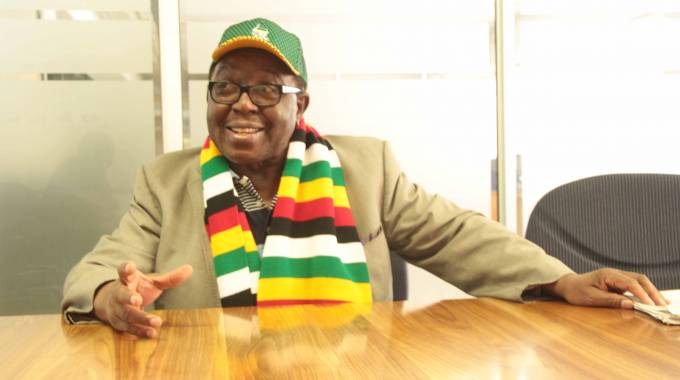 The Zanu-PF delegation assigned by President Emmerson Mnangagwa to observe South Africa’s May 8 provincial and national elections have endorsed them as free, fair, credible, transparent and a reflection of the will of the people.

It also congratulated the people of South Africa for an exemplary plebiscite.

In an interview with The Sunday Mail yesterday, Zanu-PF spokesperson Ambassador Simon Khaya Moyo said the delegation “affirms, without hesitation, the integrity of the entire electoral process”.

“The Zimbabwe delegation congratulates the people of South Africa, the IEC (Independent Electoral Commission) all the political parties in South Africa for a well organised, exemplary electoral process, which resulted in this free, fair, transparent and credible election,” he said.

Ambassador Moyo said the electoral process was demonstrably well managed as the 700 000 voters who applied through the special vote — the disabled, elderly and mothers with babies — were ably assisted.

“The voting itself, on May 8, and the voting environment was peaceful, orderly, well organised and all polling stations opened on time. Polling agents, especially of the three major political parties — ANC (African National Congress), DA (Democratic Alliance) and EFF (Economic Freedom Fighters) – were present at most polling stations.

“Voting materials were generally available and delivered on time despite insignificant logistical problems.

Further, election results were posted at polling stations after tallying in the presence of polling agents and subsequently transmitted to provincial and national results collation centres.

The tallies were posted on giant screens at the national collation centre in Pretoria.

“The use of ICT was evident and impressive,” said Ambassador Moyo.

President Mnangagwa recently sent an 11-member Zanu-PF election observer mission, which was led by Cde Patrick Chinamasa, to South Africa for the May 8 elections.

Upon arrival in South Africa, the delegation attended the ANC’s Siyanqoba (Victory) Rally on Sunday May 5 at Ellis Park Stadium in Johannesburg.

The third group led by Cde Sithembiso Nyoni was deployed in Thembisa (Gauteng) and Ekurhuleni (Gauteng).

But the only stain to the elections was the underwhelming participation by youths.

“A lot of commentators expressed disappointment at the number of youths — estimated at 6 million — who did not vote. All in all, 27 million people registered to vote,” observed Ambassador Moyo.