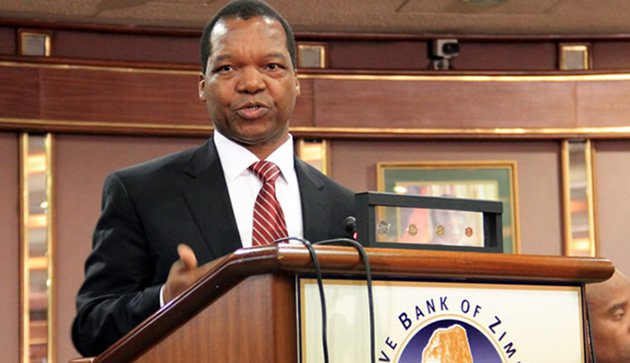 Business Reporter
The Reserve Bank of Zimbabwe said it drew down as much as $1,1 billion from nostro stabilisation facilities last year extended by the Afreximbank as it sought to stabilise the foreign exchange market.

The country has also not been receiving significant foreign direct investment – a major source of hard currency in a dollarised economy like Zimbabwe. The shortage of the US dollar, the country’s major trading currency, has spawned significant exchange rate disparities with other forms of currencies, mainly the bond notes.

“Draw-downs from these facilities together with the utilisation of bond notes in an amount of $290 million as at end December 2017 went a long way to stabilise shortages of cash in the country. The worst could have happened especially in September 2017 had it not been for the positive impact of the nostro stabilisation facilities on the economy,” Dr Mangudya said in the 2018 Monetary Policy Statement yesterday.

Zimbabwe experienced massive price increases in September triggered by unsubstantiated reports that there was a looming price hike and widespread shortage of basic commodities.

The reports also alleged the RBZ had released huge amounts of bond notes to mop up the US dollars. As a result, there was panic buying, which also caused some shortages.

Dr Mangudya said many companies involved in production of food products, packaging, fertilisers, agrochemicals and fuel distribution benefited from the facilities. Meanwhile, Dr Mangudya said the central bank has continued to use Aftrades as its lender of last resort window for promoting interbank finance facility.

The Aftrades facility, which was established in 2015 at a limit of $200 million, has helped alleviating liquidity shortages and will run for another two years until February 2019.

Total trades amounted to $399,5 million in 2017. Dr Mangudya also said $165 million had been raised through Savings Bonds, which was introduced in September last year to mop up excess liquidity in the market and to provide investors with a platform for increasing savings within the country.