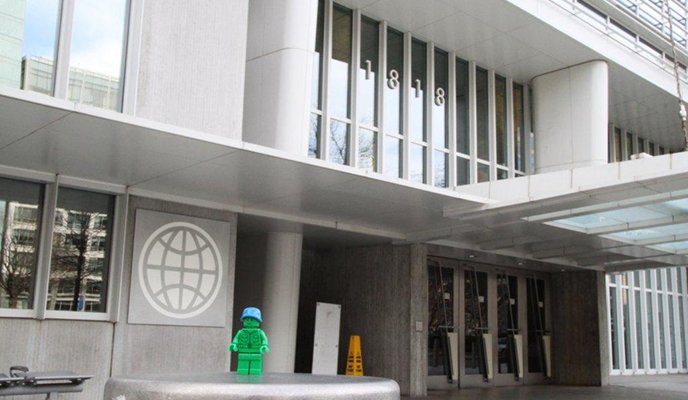 ZIMBABWE’S economy is seen growing 3,7% this year after recording growth of 3% in 2018, the World Bank has said.

Harare has a rather ambitious projection of 5%, which is anchored on mining and tourism, as authorities in the southern African country hope that the strong growth recorded in the two sectors will spill over into 2019.

In 2018, the mining sector was buoyed by record-breaking gold output of 31 tonnes, while guest arrivals peaked at 2,7 million following an upgrade of tourist facilities.

Analysts, however, caution that chances of growth are slim as the small landlocked country struggles to rein in unbudgeted spending and contain an ever-widening trade deficit, which has wiped out much-needed foreign reserves.

A pressing currency conundrum has also added to the country’s list of problems, plunging the nation into further crisis, which has resulted in widespread labour unrest, as public sector workers threaten to bring the government to a standstill in protest over the rising cost of living.

In a report titled Global Economic Prospects: Darkening Skies, the World Bank noted that recovery in Sub-Saharan Africa continues, albeit at a sluggish pace.

“Growth in the region is estimated to have increased from 2,6% in 2017 to 2,7% in 2018, slower than expected, partly due to weaknesses in Nigeria, South Africa, and Angola. The region faced a tougher external environment in the year just ended due to moderating global trade, tighter financial conditions, and a stronger US dollar,” the report reads.

“Growth in Nigeria picked up to 1,9%, but oil production fell mid-year and non-oil activity was dampened by lacklustre consumer demand and disputes that disrupted crop production. In Angola, the region’s second largest oil exporter, the economy contracted by 1,8%, as oil production shrank. South Africa’s economy grew by 0,9 % in 2018, as it emerged from a technical recession in the second of the year, in part due to improved activity in agriculture and manufacturing.

“However, growth remained subdued as challenges in the mining sector and weak construction activity were compounded by policy uncertainty and low business confidence.”

In its outlook, the bank added that growth would remain constrained in the short to medium term.

“Regional growth is expected to accelerate to 3,4% in 2019, predicated on diminished policy uncertainty and improved investment in large economies together with continued robust growth in non-resource intensive countries. Per capita growth is forecast to remain well below the long-term average in many countries, yielding little progress in poverty reduction,” the World Bank said.

“Growth in Nigeria is expected to rise to 2,2% in 2019, assuming that oil production will recover and a slow improvement in private demand will constrain growth in the non-oil industrial sector. Angola is forecast to grow 2,9% in 2019, as the oil sector recovers, as new oil fields come on stream and as reforms bolster the business environment. South Africa is projected to accelerate modestly to a 1,3% pace, amid constraints on domestic demand and limited government spending.”

Côte d’Ivoire is forecast to moderate to a 7,3% pace, Kenya is anticipated to pick up to a 5,8% rate, and Tanzania is expected to accelerate to 6,8% .

Risks to the regional outlook are tilted to the downside, with slower-than-projected growth in the Euro Area, and China expected to adversely affect the region through lower export demand and investment.

“Domestic risks, in particular, remain elevated. Political uncertainty and a concurrent weakening of economic reforms could continue to weigh on the economic outlook in many countries. In countries holding elections in 2019 (e.g., Malawi, Mozambique, Nigeria, South Africa), domestic political considerations could undermine the commitments needed to rein in fiscal deficits or implement structural reforms, especially where public debt levels are high and rising.”