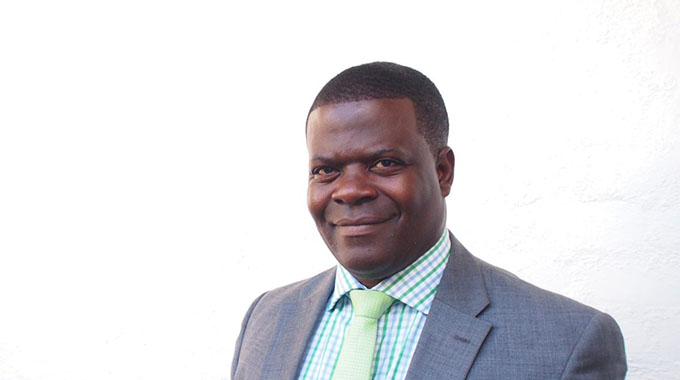 Dumisani Nsingo, Senior Business Reporter
TALKS between the Government and South Africa power utility, Eskom, which will see the resumption of electricity imports from the neighbouring country that will ease the prevailing shortages in the country are progressing well with the results of deliberations expected soon, a Cabinet Minister has said.

Energy and Power Development Minister Advocate Fortune Chasi who is in South Africa to finalise an electricity imports deal with Eskom could not shed much light into the negotiations when he spoke to Sunday News yesterday but said talks were ongoing.

“We are still engaged at official level,” he said, adding that he could not add more for fear of jeopardising the talks.

Talks between Zimbabwe and South Africa for the resumption of power exports started after the Government paid US$10 million to Eskom to reduce the debt owed to the neighbouring country’s power utility. Eskom is owed about US$35 million by Zimbabwe.

The Government is anticipating that its show of commitment to pay Eskom would pave way for a new import deal.

Zimbabwe is seeking to import as much as 400 megawatts (MW) from Eskom, which would go a long way in alleviating the power situation in the country.

Under previous arrangements, Zimbabwe was getting as much as 300MW from Eskom and another 300MW from Mozambique.

The talks were given impetus after President Mnangagwa met his South African counterpart, President Cyril Ramaphosa in Niamey, Niger recently.

Minister Chasi is also expected to visit his counterpart in Mozambique on a mission to discuss possible increase of power imports for Zimbabwe by that country’s power utility, Hidroeléctrica de Cahora Bassa.

Owing to low water levels at Kariba Dam and reduced generation at its major power stations, Zesa was forced to introduce a load shedding regime of 10 hours a day throughout the country.

The dam, on the border of Zimbabwe and Zambia, is only 34 percent full and cannot generate electricity at optimal capacity. The country’s current power installed capacity standing at 2 000MW and as of Friday last week it was producing 738MW against a demand of 1 600MW.

Meanwhile, our Harare Bureau reports that a consortium of General Electric and Power Construction Corporation of China has been awarded the tender to develop the Batoka Gorge Hydro Electric Scheme (BGHES) under a Build, Operate and Transfer funding model between Zimbabwe and Zambia.

A special Zambezi River Authority Council of Ministers meeting held in Lusaka, Zambia on Friday resolved to bring forward the selection of the contractors given the power shortages afflicting the two countries.

Initially the contractor was supposed to be selected in September. The Council of Ministers (COM) consist of ministers responsible for energy and finance portfolios in Zimbabwe and Zambia.

Negotiations with the consortium will commence immediately. A communique released following the extraordinary meeting confirmed the development.

“The COM noted the commendable progress made on the programme for the development of the BGHES which was in accordance to plan.

The COM, however, noted that the Republics of Zambia and Zimbabwe were currently facing a power crisis which was worsened by the 2017-2018 hydrological season where the rainfall received was below normal.

“As a result of this abnormal rainfall pattern of the current season coupled with the uncertainty associated with future rainfall patterns for the region, factors of which spell out the need to fast track measures to establish additional water storage and power generation infrastructure, there was, therefore, need for the two Governments to ensure that the implementation of the BGHES was expedited.

“In order to mitigate the current power crisis within the shortest possible time, the Governments of the Republics of Zambia and Zimbabwe have reached an emergency decision to award the development of the BGHES to the consortium of Power Construction Corporation of China and General Electric on a build, operate, transfer (BOT) financial model. This is in order to ensure the future energy security of the two nations.”

The communique further states that the COM resolved to implement measures that will ensure the power utilities in Zambia and Zimbabwe remain sustainable. Energy secretary Engineer Gloria Magombo said that negotiations with the consortium will commence immediately to kick start the project.