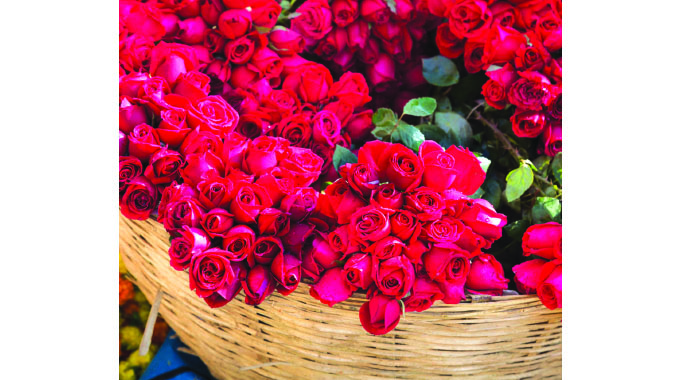 ZIMBABWE’s economy has for long been touted as having potential for speedy recovery considering the country’s natural resources, human skills endowment, and export potential.

Now, there is a better way to explain these projections.

The year 2020 is remembered as the year in which the coronavirus pandemic (Covid-19) disrupted conventional businesses across the world, with “big countries” suffering economic downturn.

Demand in export markets across sectors went down and projections were that developing economies such as Zimbabwe will likely face negative consequences to both the economy and trade.

During the onset of the coronavirus pandemic, the World Trade Organisation (WTO) projected that “world trade is expected to fall by between 13 percent and 32 percent in 2020 as the Covid-19 pandemic disrupts normal economic activity and life around the world.”

So, one would look at this as businesses having been given a justifiable excuse not to export, right?

For Zimbabwean exporters this is not the case as local companies were able to sustain exports regardless of the challenges to production and movement of goods that hit almost all countries across the world.

In the face of such a negative projection, it is encouraging to note that Zimbabwean exports in 2020 recorded a positive growth, which indicates that local companies are in a position to perform far better if the environment is enabling.

According to recent statistics published by ZimStats, Zimbabwe’s exports grew by 2,7 percent between January-December 2020 compared to the previous year.

In terms of monitory value, the nation’s exports last year stood at US$4,39 billion, up from US$4,28 billion recorded for the same period in 2019.

Although this falls short of the 10 percent export growth set under the National Export Strategy, it reflects on the commendable efforts that went to ensure the country retains a positive export growth.

In terms of product composition, primary commodities dominated exports in 2020.

Mineral exports stood at US$3,21 billion during the period under review, contributing 73 percent to total exports.

The January-December 2020 mineral export performance increased by 7,47 percent when compared to the exports in 2019.

Given the contribution of the mineral sector to the economy, there is need to enhance investments towards beneficiation and value-addition in line with the aspects raised under the National Development Strategy 1 launched last year by President Mnangagwa.

Looking at non-primary commodities, the contribution of some value-added products has been going up, which will build up to more earnings for local companies and job creation.

Top exported products include sugar (US$76 million), fruit juices (US$5,6 million) and pastry products (US$3, 7 million).

One of the reasons behind growth of processed foods is the adoption of latest technologies that have improved production efficiencies in the sector.

There has also been improved access to export markets and linkages with buyers as a result of trade facilitation activities undertaken by ZimTrade — the national trade development and promotion organisation.

Players in the sector have also been adopting requirements that are stipulated under international standards and accreditations on food safety and traceability, which in turn has enhanced the quality of our products.

For those seeking to venture into export business, the processed foods sector could be a low-hanging fruit considering steady growth over the past few years.

Another growth was registered by manufactured tobacco, whose total exports increased from 1,06 percent in 2019 to 1,22 percent in 2020 with the absolute values being US$45 million to US$54 million for 2019 and 2020 respectively.

Over the years, tobacco was mainly exported to China, Belgium, Indonesia, United Arab Emirates, and Vietnam.

There has, however, been a notable increase in Zimbabwe’s exports within the region to countries like Mozambique, Botswana, and South Africa.

Although there was export growth, there are some sectors which recorded a decline, primarily as a result of disruptions in export markets following the global outbreak of Covid-19.

The horticulture sector, which is amongst the top four foreign currency earners, registered a 13,5 percent decline from US$68,8 million in 2019 to US$59,5 million in 2020.

When looking at events in the past year, most traditional markets for Zimbabwe’s horticultural produces adopted lockdowns and the result was a sharp drop in demand for exotic produces — including Zimbabwean-grown fresh produce.

With the short lifespan of horticultural produce, some farmers were forced to destroy their crops as they had no market to sale.

In other cases, local exporters saw disruptions in the movement of goods across borders as some markets imposed a ban on non-strategic and non-essential commodities.

There is, however, potential to boost exports of horticulture through focusing on superfoods produces — high protein and low calories — as demand has been growing in most international markets.

Market diversification will also improve on revenue streams for local exporters and farmers.

Currently, as part of its trade facilitation activities, ZimTrade is engaging buyers in United Arab Emirates (UAE) and Bahrain who have expressed interest to source from Zimbabwe if farmers are able to meet demand and have competitive prices.

The country is also in the process of establishing a citrus protocol with China, which is expected to ease and improve exports to the Asian country. Other sectors that registered a decline include clothing and textile, arts and crafts and fishery.

To improve exports in the two sectors, there is need for investment in latest technology as well as capacity building, which will improve the competitiveness of the players and the products. Zimbabwe’s fish export value declined by 54,6 percent from US$6,5 million in 2019 to US$2,96 million in 2020.

The major reason behind the fall was the ban imposed by Zambia, which has been the major market for Zimbabwean fish products.

To address the challenge there is need for market diversification, focusing on countries like Malawi which already have an appetite for Zimbabwe-produced fish.

Exports to Mozambique continue to follow an upward trend recording a 15 percent increase from US$354 million in 2019 to US$408 million in 2020.

Other markets that have seen a notable increase in exports include UAE, Uganda, Belgium, Kenya, Tanzania, Angola, and Ukraine.

With the commencement of trade under the African Continental Free Trade Area this year, local companies will need to take advantage of improved access to regional markets.

Allan Majuru is the chief executive of ZimTrade.