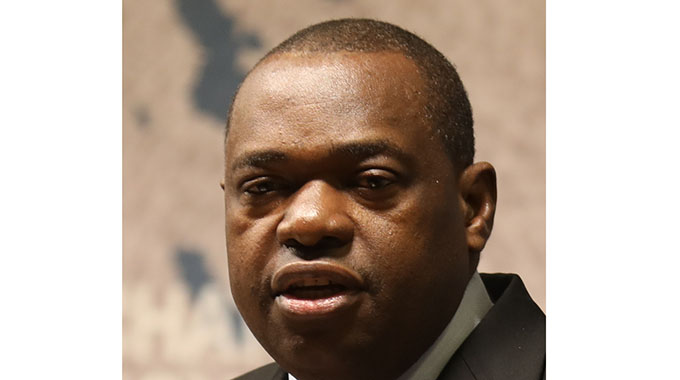 Zimbabwe’s exports are projected to clock US$14 billion annually by 2030 from US$4 billion recorded last year, riding on the successful implementation of the ongoing comprehensive economic reform agenda by President Mnangagwa’s Government.

Foreign Affairs and International Trade Minister Dr Sibusiso Moyo said this yesterday while addressing delegates to the 2019 ZimTrade Exporters Conference that is underway in Bulawayo.

President Mnangagwa officially opened the conference, which was hosted by Bulawayo for the first time under the theme: “Rethink, Reform and Export”.

“We intend to increase the annual exports from around US$4 billion in 2018 to US$7 billion by 2023 and to US$14 billion by 2030,” said Minister Moyo. “These are minimum thresholds and, there, we call this 7/14 targets, which is what will guide all industrialists and exporters and everybody as we move on.

“Focus will be put on enhancing participation in programmes and initiatives aimed at promoting and facilitating trade under bilateral and regional and multi-lateral arrangements.

“This is intended to ensure that Zimbabwe takes full advantage of trade preferences and opportunities availed by our membership to trading blocs such as Sadc, Comesa, the AfCFTA, ACP-EU and WTO.”

He said the prevailing macro-economic challenges could be reversed if the country increased its export earnings.

“Total export earnings of US$4 billion annually as recorded in 2018 cannot sustain economic development trajectory that we envisage towards Vision 2030,” said Minister Moyo.

“The country needs to increase value-added exports and companies need to be supported and to be innovative everywhere possible to competitively produce for exports.”

Minister Moyo stressed the need to inculcate an export culture among the country’s enterprises across the board with focus on diversifying the export market base.

The two policies were officially launched by President Mnangagwa yesterday and draw inspiration from the Zimbabwe National Industrialisation Development Policy done by the Ministry of Industry and Commerce, which also seeks to advance the export led-economic transformation.

Although Zimbabwe is at its lowest ebb in terms of exports, Minister Moyo said it was encouraging that the country ranked third in Sadc in terms of revenue generated from exports, which indicates room for improvement and international appetite for the country’s products.

He challenged producers to expand export market access beyond South Africa as was the case in the early 1990s by taping opportunities across the globe.

This requires action from all stakeholders to buttress Government efforts on the re-engagement front meant to eradicate barriers to exports, he said.

“Government and business alike, we all need to rethink the way we do things, self-introspect and address areas where we are found wanting,” said Minister Moyo.

During the conference, Special Advisor to the Ministry of Foreign Affairs and International Trade, Ambassador Stuart Comberbach, gave a brief highlight of the significance of the Zimbabwe National Trade Policy and the National Export Strategy.