‘Zim has less than 20 psychiatric doctors’ 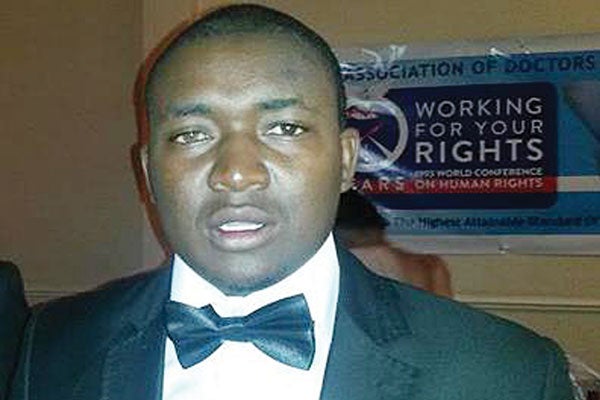 ZIMBABWE has less than 20 psychiatrists amid increased demand for mental health services due to the deteriorating economic situation in the country with a population of around 15 million people, the Zimbabwe Association of Doctors for Human Rights (ZADHR) has said.

A report presented at the 41th session of the Human Rights Council currently underway in Geneva, Switzerland, the ZADHR yesterday said mental disorders were among the commonest cause of disability in Zimbabwe, but government continued to give lip service to mental health care.

“Neuropsychiatric disorders are the leading cause of disability in Zimbabwe accounting for 18,7% of all years of life lost to disability and premature mortality, especially from suicide in people under 35 years of age.

“Despite this seemingly obvious huge problem, mental illnesses continue to be given little attention, if not neglected, in Zimbabwe.”

ZADHR cited economic hardships as the biggest cause of mental disorders.

“The collapse of the economy and the skyrocketing inflation in the country has pushed the majority of people into the doldrums of poverty, a situation which has led to more demand for mental health services,” said the doctors.

ZADHR further noted that about 60% of admissions at mental institutions were due to substance abuse, especially among young people.

“The substances include, but are not limited to alcohol, cannabis, BronClear, prescription drugs, cocaine and crack cocaine, among others. We urge the government to find a quick and lasting solution to the economic meltdown to avoid these preventable determinants of mental illness,” reads the report.

Zimbabwe is currently experiencing a gnawing economic meltdown characterised by hyperinflation and shortages of foreign currency and essential goods such as fuel.

The continued fall of the local RTGS dollar to the US dollar has forced some pharmaceutical companies and most health institutions to demand payment of goods and services in foreign currency, a scarce commodity for most people.

ZADHR added: “At a clinical level, Zimbabwe has less than 20 psychiatrists for a population of over 15 million, moreover these are only located at central hospitals, meaning that the rural population have difficulties accessing these specialist services.”

The post ‘Zim has less than 20 psychiatric doctors’ appeared first on NewsDay Zimbabwe.