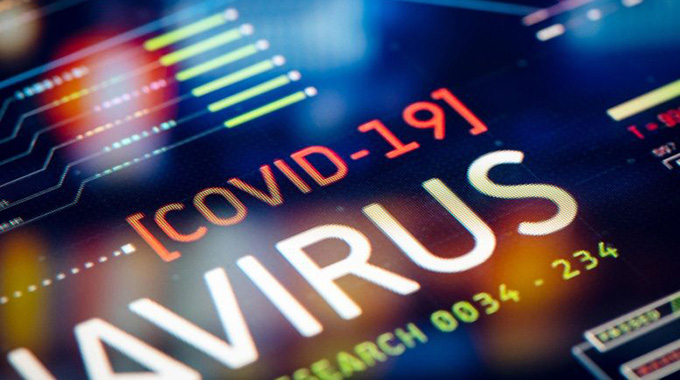 ZIMBABWE has been hit hard by the second wave of the COVID-19 pandemic and has seen which resulted in an increase in new infections and the number of deaths. NewsDay (ND) senior reporter Miriam Mangwaya recently caught up with clinical psychologist and global mental health specialist Tarisai Bere (TB) to discuss developments.

ND: What is the current mental health situation in Zimbabwe given the effects of COVID-19?

TB: People are reacting differently to different issues associated with COVID-19. A lot of people are afraid of contracting the virus and of dying. This is due to lots of news about people dying, including high-profile people. We are also seeing a continued rise in new infections at the back of a low recovery rate.

However, it is not uncommon for people to react this way when any country is hit by a pandemic, especially considering that the virus has affected the whole world. The elderly are the most affected because they are continuously hearing that they are at high risk of succumbing to the virus.

Those with underlying chronic diseases such as diabetes, HIV and Aids among others, tend to be more distressed because it is believed that their chances of defeating the virus could be lower than that of the people who do not have these conditions.

The young ones (children and adolescents) are worried and anxious about their future. They are also losing parents or guardians and they are left without breadwinners. That is difficult for them psychologically. More-so, not going to school brings about lots of uncertainty.

Under such circumstances, it is common to see an increase in cases of alcohol and drug use among youths who would be trying to cope up with the difficult situation. Domestic violence issues are likely to be on the rise as husbands and wives are locked up in their homes during lockdown facing social and financial pressures.

ND: As the number of new infections and deaths is rising, what then should be done to stop individual psychological torture?

TB: First of all, I think we need to cut down the number of times we are looking for new information to do with the pandemic. By now, we have enough of the necessary information we need to protect ourselves from contacting the virus.

People are spending a lot of time on the internet, looking for new information about COVID-19.

Due to the rapid increase in citizen journalism, where anyone can publish, some of the information which is accessed by the public may not even be accurate. It is bound to cause unnecessary fears, panic and anxiety disorders among the public.

Volumes of conspiracy theories on the vaccine, for instance, are being published through social media which might confuse the public, who were pinning their hopes on the vaccine. You are aware of a social media frenzy, some remedies and concoctions to cure the disease, some of which are harmful to the immune system. I would advise people to look for information from reliable sources such as the World Health Organisation, traditional media, Health and Child Care ministry and many other official government platforms and sources.

Secondly, I would recommend healthy eating, exercise and obviously staying at home to lessen the spread and fear of the virus.
Thirdly, people battling COVID-19 should take care of their physical needs and try to stay away from negative news that might cause fear and anxiety. The public is urged to stay in touch with the medical teams in case they need urgent attention. Most importantly, they should stay positive as much as they can.

ND: What are your predictions on COVID-19-related mental problems in the near future?

TB: Evidence from other countries is showing that we might have a silent pandemic alongside COVID-19, which is a common mental disorder. A study done in China with a sample of 1 247 found that rates of mental disorders were high in healthcare workers dealing with patients with COVID-19.

Up to 50,4% of the healthcare workers had symptoms of depression, 44,6% had anxiety, 34% had insomnia, and 71,5% had general psychological distress.
Nurses and female staff in Wuhan were more likely to have “severe” scores on these outcomes. So if health workers continue to witness more and more new cases needing hospitalisation and more people dying, this might also happen locally. It is important, therefore, to put in place interventions for mental health for the healthcare workers as well as other frontline workers.

For the general public, there could be an increase in anxiety disorders due to grief and fear. We also expect to see an increase in depression, alcohol and substance use disorder and post-traumatic stress disorder. The way people mourn and heal — their normal burial rituals which they had been practising for ages have changed and they have to adopt new ways of coping.

All this will affect the way people cope after loss. Unfortunately, a lot of these mental illnesses might go undiagnosed if people do not have knowledge of them.

ND: Why is it that people are reluctant to undergo routine mental health check-ups as they do with other health issues?

TB: People usually seek medical help for the physical manifestations of mental illness such as a nagging headache or losing sleep, but thorough assessments by experts may then reveal that they have an underlying mental health issue like depression or anxiety. Mental illness is highly stigmatised in Zimbabwe because people do not understand what it is about. The pandemic is, however, showing that none of us are exempted from having mental disorders which include general anxiety or depression.

There are rare cases, however, where some people become violent because of a mental illness. It is important, therefore, in reporting to treat cases individually and to have facts about people’s mental states before generalising. This reduces stigma and it reduces fear when people have to seek help.

ND: What is the impact of mental disorders on the economy and society in general?

TB: The first onset of most mental illnesses is in the second decade of life, with the pick onset of alcohol and substance use disorders, post-traumatic stress disorder and major depression in the late adolescence. This is the age group expected to be finishing high school, university and maybe starting to work.

If not treated, then these conditions can lead to permanent psychosocial disabilities which might lead to school drop-outs and inability for young people to work and look after themselves.

It means the economy will lose the most productive age group — the youths, hence industrial productivity declines. As unemployment is a common factor in adolescents and adults with mental health problems, they might end up needing hospital care and welfare benefits more than people with other health problems.

Research has shown that having a mental illness like alcohol and substance use disorder exposes adolescents and adults to criminal activities such as robberies, drug dealing and abuse, violence and many others.

Government should, therefore, invest in mental healthcare and set up the necessary facilities to reduce the likelihood of mass mental patients and also to achieve the United Nations set Sustainable Development Goals.