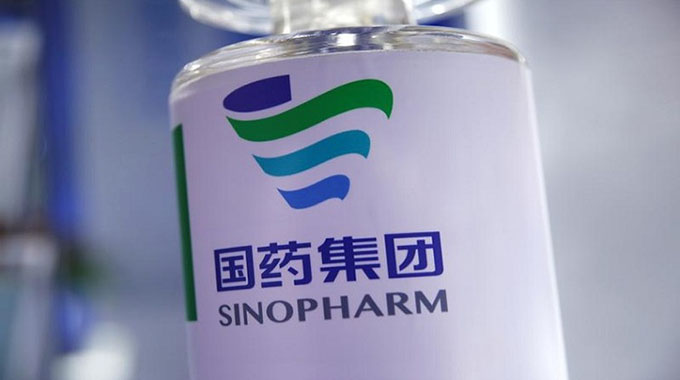 One of the hallmarks of a true leader and statesman is the ability to see the future and predict correctly what is good for the people.

That is exactly what President Mnangagwa did when he approved the introduction of the Sinopharm Covid-19 vaccine, his administration hit the nail right on the head in the fight against the pandemic.

In the beginning, as predicted, there were a lot of doubting Thomases, but Government moved swiftly to allay any fears in the vaccine.

Vice President Dr Constantino Chiwenga was the first person to receive the jab, boosting confidence in the process.

Endorsements and validations keep pouring in for the Chinese made vaccine as the Sinopharm jab was ranked first in a survey by the New York Times.

This comes at a time many health experts even in Western countries are now noticing the unfair treatment given to Chinese and Russian vaccines not on any medical merit, but simply because of differences in political ideology.

Veteran health connoisseurs Achal Prabhala and Chee Yoke Ling from India and Malaysia respectively noted that; “Chinese and Russian vaccines were initially dismissed in Western and other global media, partly because of a perception that they were inferior to the vaccines produced by Moderna, Pfizer-BioNtech or AstraZeneca. And that perception seemed to stem partly from the fact that China and Russia are authoritarian states.”

These same biases were carried on to developing countries like Zimbabwe by some guns-for-hire who will parrot anything the West says regardless of actual empirical data to support their lousy claims.

MDC-A spokesperson, Fadzayi Mahere, and her partner-in-crime, Hopewell Chin’ono tried their level best to discourage the masses from having faith in Government’s Covid response.

However, to everyone’s shock this week the parrots have changed their tune and are now singing from the same hymn as Government. Chin’ono received his jab and Mahere was on Twitter looking for places to get hers.

These flip-floppers’ behaviour is nothing new as it is typical of anyone who is just being told what to do and say. Their endorsements are nothing new because it is what Government has been saying consistently from day one.

It is just that some are hell bent on opposing any Government action simply for the sake of opposing as that would be the message from their handlers. But on the issue of vaccination and Zimbabwe’s response to the pandemic, they were wrong to the extent that they have been forced to swallow the humble pie and get in line with Government policy and recommendations.

In the early stages of the pandemic, the MDC-A and other wayward opposition proponents wanted Zimbabwe to enter the AstraZeneca drug trials as opposed to looking East as is favoured by Government. It seems President Mnangagwa’s faith in Eastern rather than Western remedies was not misplaced as the Zeneca jab has been turned down by more than a dozen countries in Europe and the rest of the world.

Use of the MDC-A favoured Zeneca drug has been suspended in Germany, France, Spain, Ireland, Netherlands, Denmark, Norway, Iceland, Italy and Venezuela.

Similarly, Thailand, Indonesia and the Democratic Republic of the Congo have either halted rollouts or announced plans to suspend administrating the drug.

This is further proof of the alluded vision and wisdom in the current Head of State as opposed to the misguided rumblings of the opposition who would have turned us into western guinea pigs at the mercy of the Zeneca drug and profiteering for their pay masters.

In contrast to the Zeneca drug, the Sinopharm vaccine has been approved in the United Arab Emirates, Bahrain, Egypt, Jordan, Iraq, Serbia, Morocco, Hungary and Pakistan and as of mid-January, 1.8 million people in the U.A.E. had received it. A further 194 million doses had been ordered by 11 countries across the globe.

As of Monday March 15, a total of 37 660 people had been vaccinated locally and it is high time people stopped listening to western propaganda peddled by their drug companies looking at giving their own companies the edge. Western countries are looking at the issue not from a humanitarian point of view but from the profit and loss ledger’s view and they would want to make profits from the pandemic by being the sole suppliers of vaccines.

However, it is evident that the Zimbabwean Government has hit the right note in the Covid fight and people should follow the same tune and go out and be inoculated as it will save lives and get us out of this disastrous pandemic.