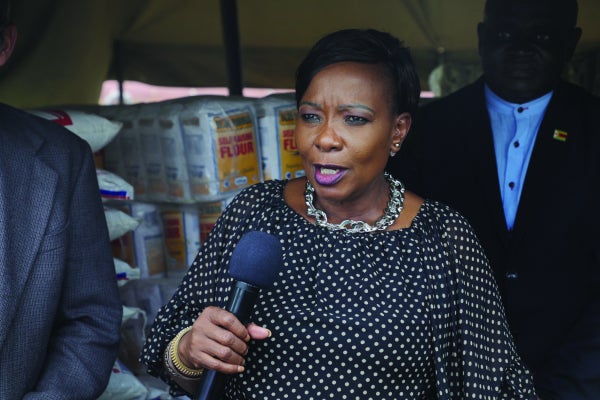 ZIMBABWE is frantically battling cervical cancer which is responsible for over 13% of all cancer-related deaths in the country by engaging foreign governments for technological capacity to detect and treat it.

Speaking at the official opening of an early detection and treatment programme for cervical cancer at Parirenyatwa Group of Hospitals, where a donation of screening equipment was made by a Chinese hospital, First Lady Auxilia Mnangagwa said more needs to be done to stop further occurrence of the disease.

“Cervical cancer is the commonest cancer among women and statistics from a research done here in Zimbabwe show that Harare tops statistics in the country and this is the reason why we have focused on Parirenyatwa Hospital as we focus on fighting cancer.

“About 85% of cancer deaths occur in third world countries. The developed world has managed to fight cancer and 275 000 cancer cases are found in developing countries with a lack of resources being the major cause. There is a high possibility to eliminate cancer,” she said.

Health minister Obadiah Moyo said there was need to prioritise the fight against cancer as it is affecting a large number of women in the country.

“Over 3 000 women are being screened while some are getting treated at public health institutions. We are aware that radiotherapy equipment at public hospitals is out of use and I am glad that my ministry has availed the required forex to solve the problem,” he said.

The Chinese government, through Hunan Provincial Maternal and Child Health Care Hospital, partnered the Health and Child Care ministry, and donated the equipment to be used in the programme, which targets women from across the country in a bid to reduce the mortality rate the disease currently accounts for.