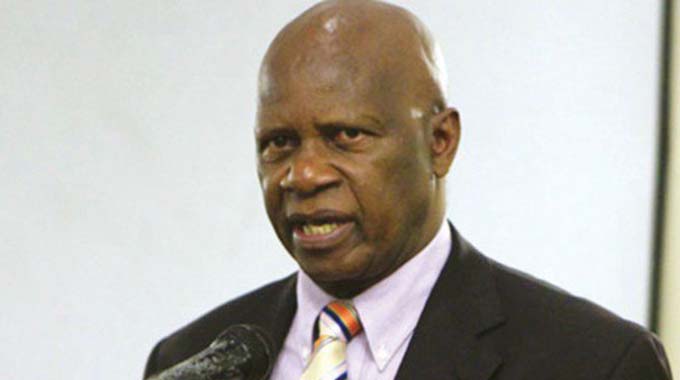 Against this background, Minister of Finance and Economic Planning signed the Instrument of Adherence to the Member of Africa Finance Corporation on 09 May 2018. AFC said Zimbabwe’s membership was a welcome development for both the country and the Corporation.

“AFC’s business model has proven that the African continent can effectively mobilise infrastructure financing by itself. We enjoin other African states to join the Corporation, promulgating home-grown solutions to our infrastructure challenges,” Minister Chinamasa noted.

Zimbabwe spent nearly $2 billion on critical infrastructure between 2009 and 2016 when it should have invested just about the same amount on an annual basis, highlighting the deficit in investment in infrastructure.

The African Development Bank and World Bank contend that Zimbabwe’s infrastructure gap needed investment amounting to between $1,6 billion and $2 billion annually since 2009, following years of lack of fresh investment.

As such, the multilateral institutions said the country requires a total of $16 billion to close the infrastructure gap in rail, road, water, housing and energy, among others. “We look forward to AFC leading the infrastructure and industrial renaissance of Zimbabwe in particular and Africa in general. Referencing infrastructure development as being amongst the top of his agenda, President Mnangagwa declared Zimbabwe “open for business”.

As such, AFC said it had already begun processes of exploring, alongside the Infrastructure Development Bank of Zimbabwe (“IDBZ”), opportunities for investment.

IDBZ chief executive Thomas Zondo Sakala weighed in saying “We look forward to working closely with the AFC, particularly in the areas of project development, capacity building, and infrastructure delivery”.

AFC has already marked major milestones in the diversification of its membership and shareholding; with the African Reinsurance Corporation and the Republic of Malawi joining the AFC, in February and March, respectively.

AFC, an investment grade multilateral finance institution, was established in 2007 with an equity capital base of $1 billion, to be the catalyst for private sector-led infrastructure investment across Africa. With a current balance sheet size of approximately $4,2 billion, AFC is the second highest investment grade rated multilateral financial institution in Africa with an A3/P2 (Stable outlook) rating from Moody’s Investors Service. AFC successfully raised $750 million in 2015 and $500 million in 2017; out of its Board-approved $3 billion Global Medium- Term Note (MTN) programme. Both Eurobond issues were oversubscribed and attracted investors from Asia, Europe and the US. AFC’s investment approach combines specialist industry expertise with a focus on financial and technical advisory, project structuring, project development and risk capital to address Africa’s infrastructure development needs and drive sustainable economic growth.