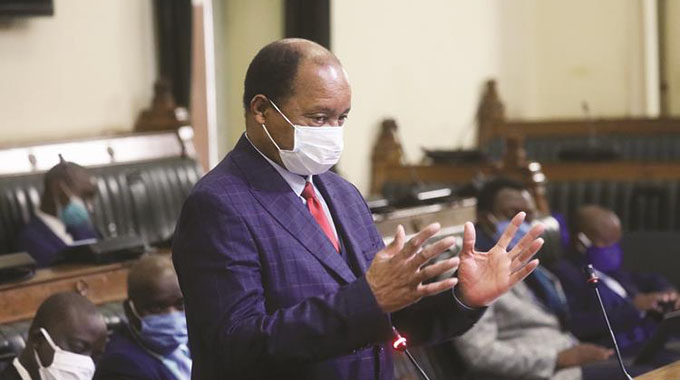 Health Reporter
Zimbabwe has applied to be part of an international clinical trial process being coordinated by the World Health Organisation (WHO) to assess treatment options for Covid-19.

WHO country representative Dr Alex Gasasira yesterday told The Herald that initial processes that included preparation of the trial protocol and in-country ethical assessments have been completed.

Drugs under trial include remdesvir, lopinavir, ritonavir, chloroquine and hydroxychlorine.

Some countries have since started the trials.

However, the use of chloroquine and hydroxychloroquine has been temporarily stopped because of concerns that the drugs were causing serious side effects and early deaths.

Dr Gasasira said the local office was now in communication with its head office in Geneva, Switzerland, for a way forward regarding the start of Zimbabwe trials.

“The initial processes have since been completed for Zimbabwe to start working on the trials, but since some drugs have been stopped, we are now in communication with our Geneva office on the way forward before Zimbabwe commences the clinical trials,” said Dr Gasasira.

He said some of the countries that have started the clinical trials were badly affected by Covid-19, but Zimbabwe has not started since most of the patients are mildly sick.

Dr Gasasira added that different countries were conducting other trials, which were not linked to this particular international study coordinated by WHO.

“We have a lot of research that we are doing including that of phytotherapy. Phytotherapy is a treatment of diseases using herbal materials.

“We have our Natural Therapies Council, a team of natural therapists who are looking at the use of herbal remedies in the country,” he said.

Dr Moyo said the outcome of the research would have to be approved by WHO.

“In Zimbabwe, we have allowed that (research) to happen, but it has to go through clinical trials and eventually to be approved through WHO,” he added

Dr Moyo added that the National Institute of Health Research under his ministry was looking at the efficacy of the rapid test kits being used for screening, to find quickly and more cheaply those who needed the more complex, but certain PCR test.

Meanwhile, Minister Moyo said the lockdown measures were curbing the spread of Covid-19.

Since the announcement of the lockdown measures by President Mnangagwa at the end of March, there has been no widespread transmission of Covid-19. Transmission was mainly limited to Harare and Bulawayo.

The limited transmissions are linked to known travellers and contacts of the confirmed cases have been identified, followed up and tested for Covid-19 with no general infection coming out of the community.