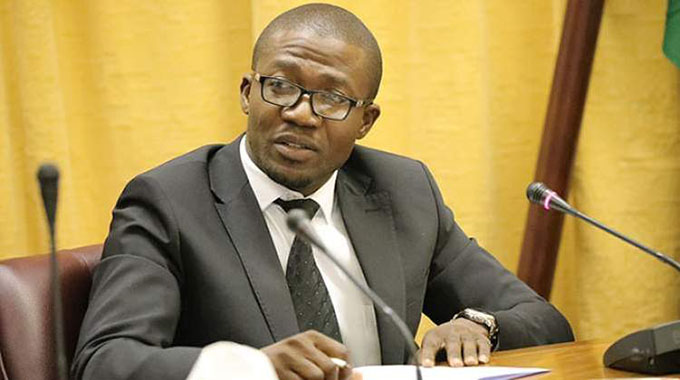 Africa Moyo Senior Business Reporter
Government is planning to exploit the warm relations prevailing between Harare and Gaborone to ramp up exports and generate more foreign currency for the country. This was said by Industry and Commerce Minister Nqobizitha Mangaliso Ndlovu in an interview with The Herald Business yesterday.

Minister Ndlovu’s remarks come at a time when Zimbabwe and Botswana are enjoying cordial relations since the coming into office of President Mnangagwa.

Minister Ndlovu said due to the “improving relations between ourselves and Botswana”, Government wants to explore possibilities of boosting trade volumes between the two countries.

“. . . our discussions (ministers from Botswana and Zimbabwe) will also include possible trade issues because we believe we can do much more than our current levels of trade,” said Minister Ndlovu.

Representatives from the countries’ Governments have been locked up in preparatory meetings for the inaugural Zimbabwe – Botswana Bi-National Commission (BNC), which will culminate in Presidents Emmerson Mnangagwa and Mokgweetsi Masisi of Botswana, signing several deals tomorrow.

On Monday, Foreign Affairs and International Trade permanent secretary Ambassador James Manzou, said the preparatory meetings would finalise the operationalisation of almost US$600 million in facilities for the country’s private sector and diamond industry.

The preparatory meetings started Monday and ended yesterday. Minister Ndlovu believes it is high time Zimbabwe took advantage of the good relations between the two neighbours and increase exports.

Trade statistics have largely favoured Botswana, despite the fact that Zimbabwe was more industrialised compared to its neighbour.

Minister Ndlovu said he did not have the trade statistics “off-hand”, but said, “I can tell you that there has always been a trade deficit”.

“We always import more than we sell to them (Botswana). It doesn’t make sense because we are more industrialised than them. So it means they have been using South Africa as their preferred provider (of products) but we are working on those issues. I do have the (trade) figures but I don’t have them off-hand.

“But the trade volumes in the last year improved compared to the last four years or so, and it’s a reflection of the improved relationship between the two countries.

“When we were looking at it, 2018 was really quite good and we hope to specifically improve on our exports to Botswana markets,” said Minister Ndlovu.