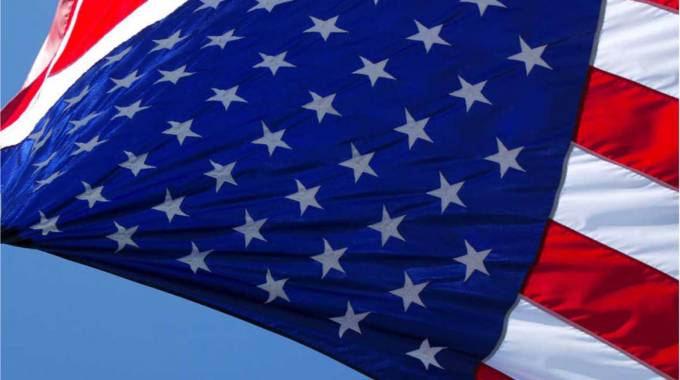 ZIMBABWE is eager to re-engage with the United States of America, but Washington continues its hostile stance on Harare after US Assistant Secretary of State for African Affairs, Mr Tibor Nagy, blatantly sided with a faction of the MDC following arrest of the party’s leaders on Friday.

This comes as 66 United Nations organisations that constitute the largest body of experts in the UN Human Rights system have ordered Washington to address human rights abuses following the brutal killing of Mr George Floyd.

African civil society organisations have also castigated the US, calling for reform of that country’s justice system.

Occupancy was awarded to a faction of the MDC led by Dr Thokozani Khupe, in the opposition party’s ongoing factional fights.

When they were arrested on Friday, the MDC-A members were formally charged through due process. The case is now before the courts, which granted them bail yesterday.

“The United States condemns the Zimbabwean Government’s politicised use of security forces to take over an opposition party’s headquarters and arrest its members.

“This is the latest example of the Government of Zimbabwe’s departure from democratic norms and is inconsistent with previous commitments to implement fundamental political and economic reforms,” Mr Nagy tweeted.

Earlier in the week, Foreign Affairs and International Trade Minister Dr Sibusiso Moyo had warned US chief envoy to Zimbabwe Ambassador Brian Nichols against his government’s penchant to meddle in this country’s internal affairs.

Dr Moyo, who summoned the US Ambassador over the remarks by US National Security Advisor Robert O’Brien, which characterised Zimbabwe as “an adversary” of the United States, said Harare seeks a normal relationship with Washington.

“I informed the Ambassador that Zimbabwe seeks a normal, co-operative relationship with the US based on mutual understanding, mutual respect and non-interference in each other’s internal affairs — the very opposite of the characterisation voiced by Mr O’Brien.”

Dr Moyo also told Ambassador Nichols that Zimbabwe was mindful of the harsh criticism and lack of balance that the US had become accustomed to foisting on Harare, urging the US to “take a more even-handed and less prescriptive approach . . . more open, more sincere and more practical dialogue” when dealing with Zimbabwe.

“Firstly, Zanu PF or Government doesn’t provide consultancy services for the MDCs. Secondly, it is not the duty of Government or the party to resurrect a failing opposition,” said Cde Chinamasa.

“Rather, the American diplomatic goons from their Ambassador here in Zimbabwe to Tibor Nagy appear to have been appointed to babysit the MDCs.

“Now, that is their own funeral not ours, except that they have no right to prefect our internal affairs, let alone our justice system. The global chorus is that there must be justice for the murder of George Floyd and not these diversionary tactics.”

The world is speaking out against the US and in what was an unprecedented show of criticism against the US, the 66 UN human rights monitors accused Washington of systematic racism and state-sponsored violence.

“The uprising nationally is a protest against systemic racism that produces state-sponsored racial violence, and licences impunity for this violence. The uprising also reflects public frustration and protest against the many other glaring manifestations of systemic racism that have been impossible to ignore in the past months, including the racially disparate death rate and socioeconomic impact of the Covid-19 pandemic and the disparate and discriminatory enforcement of pandemic-related restrictions. This systemic racism is gendered,” said the organisations.

The UN experts also took a swipe at US President Donald Trump over his handling of Mr Floyd’s killing, which has led to a wave of protests in America.

“The response of the President of the United States to the protests at different junctures has included threatening more state violence using language directly associated with racial segregationists from the nation’s past.

“We are deeply concerned that the nation is on the brink of a militarised response that re-enacts the injustices that have driven people to the streets to protest.”

A grouping of civil society organisations in Africa also condemned the US, saying the wave of protests that have engulfed the country as a result of Mr Floyd’s death are an opportunity to address systemic inequality, racism and injustice in the US.

“The murder of George Floyd in Minneapolis, Minnesota on May 25 ,2020 is part of a historical and recurrent pattern of unlawful arrests and killings of persons of colour by the police.

“It is symptomatic of a structural and systemic problem of hate, racism, inequality, discrimination and injustice against African Americans and people of colour. These deeply ingrained prejudices permeate the social fabric, economy and politics of the US and have also long shaped the US foreign policy towards Africa.”

“Regrettably, we note that no such military deployment has ever been resorted to for the purposes of protecting Afro-descendants and persons of colour from racist vigilante groups. The lack of even handedness in responding to grievances of Afro-descendants and persons of colour is symptomatic of the challenge of institutionalised racism — it sees black people as the problem.”