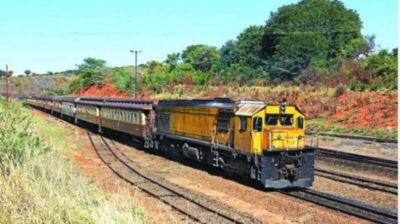 Vandalism and theft of public infrastructure has resulted in government departments and municipalities losing property and equipment worth more than
US$100 million every year.

The vandalism affects virtually every sector of the economy from telephone companies, municipalities, government departments to ordinary consumers. Vandalism of electric and communication cables has resulted in some rural areas becoming inaccessible.

Severe vandalism of Zesa infrastructure began in 2001 when tonnes of materials, especially copper and aluminium products, were stolen and exported.

Transformer oils have become vandals’ main target and millions of dollars have been lost due to the problem. This has resulted in destruction, interruption of essential services and failure by state companies to provide efficient service delivery.

The state organisations cannot expand their networks as they are concentrating on replacements.

This slows down efforts of putting new connections in the national grid. There has been rampant theft of electricity cables from the railway line from Dabuka to Harare, a distance of 300km, to the extent that the National Railways of Zimbabwe (NRZ) had to stop electric trains and resorted to using diesel trains. The indirect costs of cable theft include loss of income, the disturbance of essential services and incurring of labour costs to repair the affected networks and hiring of security.

Most forms of vandalism of ICT infrastructure in Zimbabwe are because of economic reasons.

They are not targeted at sabotaging development projects, though there are few cases of disgruntled members of the public who vent their anger on public infrastructure against government and utility companies when dissatisfied with their services. The scourge requires all stakeholders to co-operate before massive destruction is done. If there is common purpose, communities can assist in the arrest of vandals and thieves through the use of informer networks to supply accurate information on thefts and vandalism. Everyone should take part in safeguarding sovereignty and property, which contribute immensely to the growth of the economy and power. Vandalism should be taken as a worst form of economic sabotage. The government should take the vandalism of infrastructure as a serious threat to national security.

State security agents must cooperate with internal organisational security of utilities to arrest and stop the syndicates which appear to be well-organised.
These syndicates should be treated as terrorists.

There is need for the government to ban copper exports to reduce cable vandalism. Stiff jail terms cannot stop vandalism of cables as long as the country allows copper exports.

Also, there are many wireless technologies that can be used for remote areas instead of cables so that there is no chance for vandalism of cables.

Punishment for vandalism is too light and repeated offenders should be given stiffer penalties including life imprisonment since the people who vandalise just need money after selling the scrap metals. Also, scrap metal companies should be barred from dealing with certain metals, like gold, silver, copper and other kinds of steels used by the government. There should be high involvement of politicians in discouraging their followers from destroying infrastructure as a way of protest.

Customers must be taught to air their grievances in a dignified manner without necessarily resorting to vandalism. Government and management should listen to the grievances of members of the public and do everything in their power to resolve the grievances. Communities should be encouraged to appreciate, maintain and value the little infrastructure available. There must be a joint operation of stakeholders in the arrest of offenders and make use of informal networks in the supplying of accurate information on thefts and vandalism.

There must also be monitoring of known thieves and prosecute those arrested for the offences. There is reluctance by members of the public in the supply of information about the commission of the offences.

Citizens should jealously guard and protect infrastructure from theft and vandalism. Media coverage should be increased to raise awareness.

The other way of curbing cable theft is to heavily guard the infrastructure. This could be done by employing either private security guards or use of security forces. An increase in security could deter cable thieves who have become daring to the extent of vandalising electrical cables within the high-density areas.

The other option is to have deterrent sentences for vandalising, buying or selling copper cables.

The post Zim loses US$100m worth property to vandalism appeared first on The Standard.