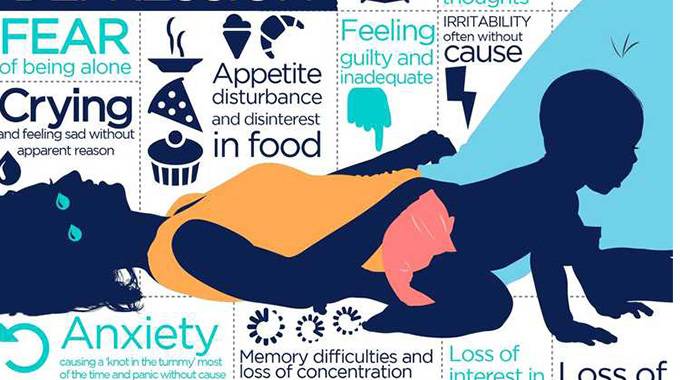 Roselyne Sachiti Features, Health and Society Editor
Maternal mental health is an important, but often misunderstood health issue being faced by many women of child-bearing age in Africa and beyond.

Maternal mental health problems can range from anxiety, delusions — thoughts or beliefs that are unlikely to be true, a manic mood, low mood and depression to psychosis, yet in many instances, society has no clue of the causes, pointing the finger towards witchcraft, spiritual issues, bad luck among others.

Many stories of mothers refusing to breastfeed their new born babies, disconnected from baby (baby does not feel like its theirs), experiencing nightmares, vivid dreams among others have been told, yet no one has really put a finger on the exact causes.

In worst cases, mothers have killed their new born babies and charged with infanticide in courts of law. Others have taken their own lives.

To find out more on the condition and possibly find solutions that fit like hand in glove, two young female researchers Melinda Kaiyo Utete of Zimbabwe and Mwawi Ng’oma of Malawi are each tackling the issues from different angles.

The two are PHD fellows under the African Mental Health Research Initiative (AMARI), which is part of the Wellcome Trust’s programme for Developing Excellence in Leadership, Training and Science (DELTAS) in Africa.

In Zimbabwe, Utete is investigating effects of antenatal depression on birth and neonatal outcomes. She also has keen interest in validating depression screening tools for use among women in the perinatal period in the Zimbabwean setting.

In Malawi, Ng’oma plans to develop a psychosocial intervention to manage perinatal depression in Malawi

At the sidelines of the Academy of African Sciences Conference (AAS) held recently in Dakar Senegal, Utete and Ng’oma shared their work with The Herald.

“One day, the woman threw her baby from the C floor of the hospital. The baby died. The woman said ‘this thing they were calling my baby was making too much noise, so I just put her down there and now everything is quiet and I am now comfortable’. She did not know that she had thrown her baby outside the window.

“Maybe we did not know or understand her condition. She could have been placed in the psychiatry wards had we known,” she said.

For Utete, experiencing this was traumatising and from that time, she wondered what could have caused the new mother to do that.

“Many people believed such things are spiritual or caused by witchcraft or enemies.

“Somehow I developed an interest in maternal health, though I did not know this was maternal mental health.

“The then chairperson of the department of psychiatry, Dr Mangezi, pushed me to look at the pre-maternal mental health topic as no one was working along that line.

“As I looked around and reading around maternal mental health, I realised that whatever happens in the post-natal period starts from the ante-natal period.

“I needed to understand what happens to the mental capabilities of a pregnant woman that may lead to depression either during pregnancy or after she has delivered,” added Utete.

She said common mental health disorders became the easiest targets as they were the mild form of mental illness.

“They are conditions we can work with on a daily basis without providing medication.

“If we could take care of those and manage common mental health disorders in pregnancy or in perinatal period, I am sure we can also help with maternal mortality and morbidity which is high in Zimbabwe.”

Utete said one of the challenges with Zimbabwe’s obstetric and maternity healthcare is that more focus is placed on reducing maternal deaths through direct physical conditions such as managing high blood pressure or infections such as sexually transmitted diseases and HIV and AIDS, prevention of malaria and syphilis etc.

“What if we focus on the maternal mental health of the mother? If someone is mentally well, they can take good care of themselves and their babies without any problems.

“Mental health affects the cognitive functioning of a mother such that they may miss medical appointments and may not take care of themselves nutritionally and might involve themselves in sexually risk behaviour or smoking and drinking during pregnancy which might directly affect the baby,” she said.

Her research is focusing on two poly clinics in Harare’s high density suburbs of Warren Park and Mabvuku.

“Since this is the first study on antenatal depression done in Zimbabwe, we needed some background information so maybe this will lay the foundation for further studies to look into rural areas and other peri-urban areas,” she added.

From what she has discovered so far, the main issues causing pre-maternal mental health issues are relational.

These include intimate partner violence which tops the list, negative life events like testing HIV positive during pregnancy.

Also, she said with protective factors like a good relationship with a husband, chances of developing antenatal depression were low.

“My next step after the preliminary work we have done is to also to develop a psychosocial intervention that addresses the relational factors and prevent depression in pregnancy.”

Utete is also excited by the study being conducted by Ng’oma in Malawi.

The aim of the collaboration, she says, is to prevent depression in pregnancy so that it does not affect women in both ante and postnatal periods.

She says while child birth is a period of joy and excitement in a family, if there are other social problems that are there, and come at that particular time, the situation worsens.

“When women are pregnant, it is a time of high vulnerability. Sometimes they can easily get sick and have some other psychological or social problems on top of that, which worsens the whole experience. For example, I will talk about life challenges, poverty, lack of food, lack of proper place to stay. If a woman is pregnant and has all these problems, she will fear bringing a baby into the world,” she said.

Issues of poor relationships with the spouse, in laws or whoever is around can also affect pregnant women.

“Sometimes there is fear of unknown, especially when it is a young mother. They are pregnant for the first time and do not know what to expect.

“If there is no proper structure that would offer them education as to what to expect as they go through their pregnancy, they have a lot of anxieties and fears,” she explained.

Mwawi added that there were also cases of women who have gone through complications during their previous pregnancies and may fear a repeat of bad experiences that happened before. “There are several issues that affect the women’s health, but the important thing is lack of care and support.

“Sometimes women commit suicide and sometimes infanticide. There may be situations where you hear a mother has abandoned their baby. It may be because of situations they have gone through. We have also had women who have had suicidal attempts because of depression. Others have just thought about killing themselves and not gone beyond attempting to do so,” she added.

Her research is being conducted in health facilities in Malawi’s capital Lilongwe, and also in a rural setting so that she can compare issues.

“It is a big problem for women worldwide. From the available literature, about 11 percent of women worldwide have paediatric depression. In sub Saharan Africa, the figure stands at about 18 percent. Previously there were studies conducted in Malawi and the prevalence ranged from 10,7 to 13,9 percent. In antenatal period, it is lower according to the Malawian figures and in the postnatal higher,” explained Ng’oma.

She is also excited by her collaboration with Utete.

“The major importance is that they are opportunities to share ideas about how to go about conducting a study in different settings. If you look at Africa, there are a lot of similarities and you can be able to tap into those issues.

“If you are looking for funding and a grant, if you have a collaboration you will be able to strengthen the grant.”

She also said it is critical for SADC countries to invest heavily in research and development.

Mental health issues in pre-and post-pregnancy are often ignored, with a huge sector of society not understanding what really goes on during vulnerable this time.

The researches in the two SADC countries go to show how young scientists in the region and the AAS is serious about the mental health of pregnant women and those that would have just given birth.